Is the delay in your daughter’s marriage giving you sleepless nights?

In today’s era, one of the major issues parents are facing is delay in marriage of their daughters.

According to a belief in the Indian society, if you get your daughter married, you pay all your debts. There was a time when elders in a family got their daughters married at a tender age of 12 and 15. But times have changed. The age of 25 is considered appropriate for girls to get married. The prime reasons for the delay are education, career etc. 21st century girls are more ambitious. Today, girls and boys have an equal right to education. Girls now explore all the careers that only boys used to explore. Even parents have become broad minded. They now allow and encourage their daughters to complete their choice of education. This may be considered as one of the reasons for delay in a girl’s marriage.

Here, I will discuss the Yogas, which result in delay of a woman’s marriage.

Delay in marriage is likely in the following three circumstances: 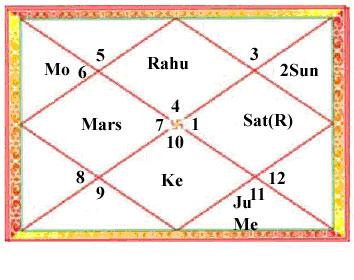 (2) Lord of the 7th House, Saturn is retrograde and in its debilitated sign.

Click here to ask a question to our celebrity astrologer.