The Untold Story Of Lord Hanuman 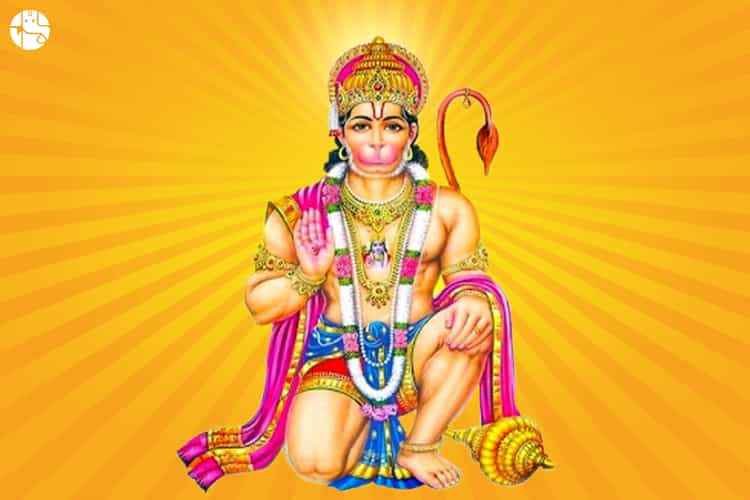 Indeed, human existence is mostly driven by relationships (in fact, the same is also true for many other species in the animal and plant kingdoms). And the overriding element in human relationships is the factor of bonding certainly, how we gel and get together with others impacts so many things in our lives.

And if we look at some exemplary instances of bonding in human history (including the legends and mythologies which too reside in the faith of countless people across the world), the example of Lord Rama’s association with Lord Hanuman comes out as one of the most striking ones. Do you want to know about your relationships with others and improve upon it? Ask our expert astrologer.

Lord Hanuman, an important Hindu mythology god, is said to be the most ardent devotee of Lord Rama, they shared chemistry which is perhaps unprecedented in the world history as per Indian Mythology.

The affinity between them is much more than a warm relationship. It symbolises all the attachment that can ever exist between two physical forms. The following communication between Lord Rama and Hanuman points to the intensity of their togetherness:

When Rama asks Hanuman, “How do you look upon me?” the great monkey god gives a three-part answer, “When I believe I am the body, then I am your faithful servant. When I know I am the soul, I know myself to be a spark of your eternal Light. And when I have the vision of truth, you and I, my Lord, are one and the same.”

Lord Hanuman is one of the central characters of the Indian Super epic Ramayana. In fact, his help to Lord Rama during the Lanka War (against the demon king Ravana) was very crucial. Indeed, Rama and Hanuman are inseparable. It is said that Lord Rama can be reached only through Hanuman.

There is another story. It is said that when Hanuman was a child, he tried to swallow the Sun, thinking of it as a fruit. This troubled the devtas (demigods). Indra, the king of devtas hit him with his vajra (a sharp and strong weapon). Seeing this, Hanuman’s father, who is the God of wind stopped the supply of air, which started suffocating the world. The devtas then revived Hanuman and blessed him with multiple boons including the boon of immortality.

Well, an interesting development in Ramayana is, when Rama is leaving the planet Earth, moving towards the celestial abodes, he blesses Hanuman and asks him to stay here (on Earth) till eternity. Lord Rama also asks Hanuman to promote and propagate Ram Bhakti (worship and devotion of Lord Rama) in the world till the day of doomsday (or when the present cycle of Yugas come to an end). Lord Rama further says that Hanuman should stay present in any Ramkatha, which is organised anywhere in the world anytime. Those who organise Ram Katha with a sincere and pure intention invite Lord Hanuman blessings.

The Untold Story Of Lord Hanuman

So, is Lord Hanuman still residing on this Earth? Where does Hanuman live? Well, here are some less known facts about Lord Hanuman:

As per some mythological beliefs, Lord Hanuman resides in a subtle form in the Jungles.

Besides, there is a popular story of hanuman visiting a tribal group in Srilanka every 41 years.

His place of residence also believed to be on the Gandmadana mountain, near Rameshwaram, in the Indian state of Tamil Nadu.

Also, in few temples where Ramayana is recited in any place, one seat is kept empty for Hanuman in the audience.

But most importantly, he lives in the heart of every devotee, and he blesses people who recite Hanuman Chalisa and Maruti Stotra.