Challenges are far from over, says Ganesha on the occasion of 67th Independence Day of India

India will celebrate its 67th Independence Day on 15th August 2013. The nation has seen plenty of ups and downs in these 67 years, and undoubtedly has also had a glorious, illustrious growth story. However, looking at the current scenario in the country, the reasons to celebrate are not many, this time around. There is a looming election, and the much-criticised government at the centre hasn’t been up to much. The issues in the Kashmir valley have suddenly heated up, whereas internally also the challenges of indescribable natural calamities and constantly rising inflation refuse to wane. In such circumstances, how much hope will the stars bring for our country and the common man, who ultimately is almost always at the receiving end of such a turmoil? Will things brighten up, or are we heading towards a more difficult period? Ganesha looks at the country chart of India on the occasion of the Independence Day to predict the way ahead in the coming year. Read on! 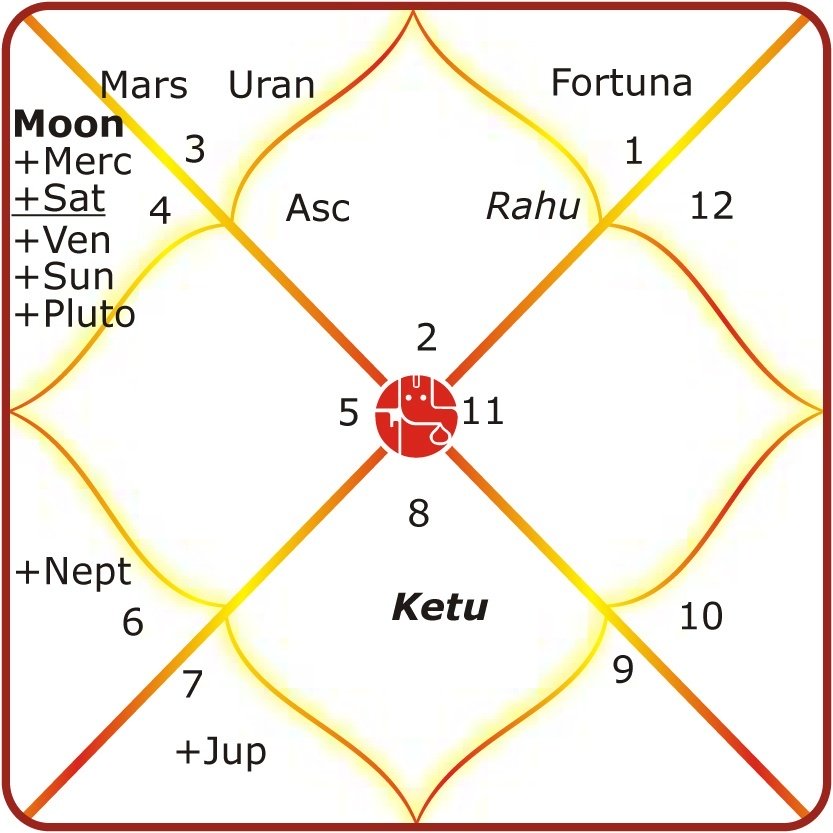 Predictions
The planetary configuration are, to say the least, challenging. And, they indicate a difficult year ahead for India. There may be a growing disillusionment and dissatisfaction among the common people, which goes to say that any respite in the current state is quite unlikely. Price rise will continue to be a major issue for the majority of citizens in the country. Also, India’s common people look set to have a tough time managing their households and work pressure. The competitive market situations may force the employers to hold back the jobs, creating more problems for the common populace. They may end up exhausting quite a lot of energy in money management of their expenses and ensuring the security of their family’s future.

The dismal state of the basic issues like health, education, nutrition, childhood and infant mortality, disaster management and infectious disease prevention will make Indian people very uncomfortable and insecure. The current economic conditions shall also widen the existing gap between the rich and the poor in India. The Indian youth and students may also rise up in revolt – so dire may be the conditions. Social media and communication technology will play significant role in the youth uprising. The role of the Indian Judiciary will be extremely important and some judgements will have a marked impact on the society.
Politically, the last quarter of year 2013 will be very eventful. It will bring major challenges for the ruling coalition government. Some of the key allies may withdraw their support from the coalition during the last quarter of year 2013. The frustrating conditions may force the government to announce the General Elections before its actual schedule. Unfortunately, terrorist attacks are also possible, particularly during the last quarter of the year 2013 and beyond. Natural disasters, violence and diseases too are foreseen during the forthcoming year. May Ganesha bless our country with peace!

Additionally, there may be heightened crisis in the border states, frequent clashes with the neighboring countries, agitations and disruptions – beginnings of all of which are quite visible. India-Pakistan tension on the Kashmir issue may alos crop up every now and then, during rest of the year 2013 and in the year 2014. Chinese aggression against India in Kashmir region may also cause some serious concerns for country’s internal security. Jammu and Kashmir and the neighbouring states may also be prone to natural calamities. Overall, it may be a frustrating year for the people of India. We seek and invoke the blessings and support of Lord Ganesha during such tough times, and hope for some respite.