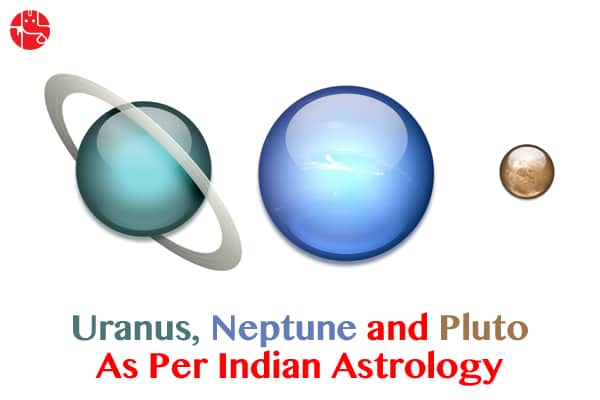 Uranus as a planet was discovered in the year 1781 AD. Uranus is also known as ‘Harshal’ or ‘Prajapati’ in Indian astrology. According to Astrology, Uranus and its energies are considered to be very strong. It signifies intelligence and therefore it contributes a lot in the areas of research, technological advancement, breakthroughs, and overall development.

Uranus is God of the Sky and the Heavens and is also the ruler of Aquarius. Uranus signifies forward-looking. But it also includes tradition and celebrates originality and individuality. Uranus is associated with all that is progressive. It also stands for enlightenment, objectivity, novelty, and ingenuity. The negative expression of Uranus is rebellion against the order and irresponsibility.

The nature of Uranus is to break old beliefs, rigid thoughts and to rediscover and rebuild new structures. It is considered to be a highly revolutionary planet. Uranus believes in democracy, an independent and free mind. It never tolerates or gets dominated or tortured by anyone. Uranus cannot do anything under anybody’s control or under pressure. Uranus is also related to the fields of space research, atomic research, archaeology.

Neptune, the farthest planet from the Sun, it was discovered in the year 1864. It is said that Neptune represents the ability of intuition. If Neptune is seated in 1st house, 3rd house, 8th house, 5th house, 9th house or 12th house of someone’s horoscope, then the person may be intuitive. Neptune may trigger extraordinary events and developments in life. Neptune to some extent resembles the planet Mars.

Represents Our Inner Self

Pluto, which now doesn’t qualify to be a planet, was discovered in the year 1930. It takes 246 years to complete a transit through 12 zodiac signs. Any event of big destruction is caused by Pluto. It is a very interesting planet and is the significator of underworld activities, scandals, scams, political problems, under the table activities, investigation, etc. Pluto is also related to traveling, journey, many kinds of discoveries & inventions.

Pluto can make the native, a master in any of the areas. Pluto encourages scientific work and research-development. Pluto symbolizes subconscious forces and things that are lying below the surface. Pluto is also related to renewal and rebirth.

Pluto is also the ruler of many destructive things and taboos in the world. It rules the Scorpio sign. It is an explosive and atomic planet. Pluto is also related to earthquakes and volcanoes. So, overall, Pluto is about death, destruction, and wealth. It is also about sex, terrorism, occultism and also regeneration. Pluto represents new techniques to handle problems as well. If Pluto is seated in the first house of your horoscope, then as a native, you will not change his/her habit for a long time. It may make the person very rigid and stubborn.

--> Planets astrological significant impact on humans.
--> Read what daily horoscope says about you.
--> Complete and detailed vastu guide by experts.
--> Get today's tithi, nakshatra and yog from Panchag Calender.
--> Hindu festival calendar - Including dates, muhurat and other things.
--> Check Compatibility With Your Partner