Dhanvantari Jayanti 2022 – The Festival of Wealth and Happiness 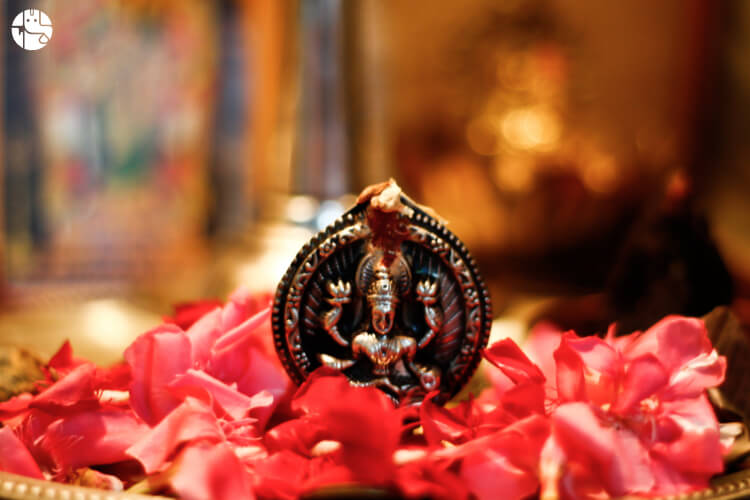 We all know that the Diwali Festival is just around the corner and there are specific days where each god is worshipped and celebrated. One of those days is associated with Dhanteras which is the third day of the Diwali festival. This auspicious day is also known as Dhantrayodashi or Dhanvantari Trayodashi and it falls on the 13th lunar day, of the darker side, in the Hindu month of Ashwin (October/November). The name itself symbolizes `Dhan’ or money and its value. People worship Goddess Laxmi and pray for their prosperity and well being. They also worship Dhanvantri, who is the God of Ayurveda, which is why this day is also known as Dhanvantari Jayanti.

The day of Dhanteras is of crucial importance as it not only signifies wealth, happiness and peace but also denotes strength and longevity. People who worship Lord Dhanvantari by lighting an earthen lamp (Diya) on the threshold of their houses are blessed with good health. Want to know if you are blessed with good health or not in the coming year? Buy our 2022 Detailed Report!

The legend behind this festival

One of our mythological stories mentions that Yamraj had once asked his attendants: “Oh attendants, did you ever feel pity for someone while taking his/her life?” The attendants replied on a positive note and told him how once a king named Hemraj was distressed as he was childless. Somehow, he had a son, however, there was bad fortune attached to this event. When the child was baptized on the sixth day of his birth, it was foretold that he would die on the fourth day after his marriage. Years went by and he did get married to a beautiful and well-mannered woman. But, eventually, death took him away from her as per the prediction. Even though the attendants felt really bad for the woman’s condition, they were compelled to take his life as they were bound by Yamraj’s order.

Tears rolled down the attendants’ eyes while narrating this story. Yamraj was very moved as well and further added that if people worship God Dhanvantri on the day of Dhanteras by lighting lamps on the threshold of their houses, then untimely death can never touch them.

According to another popular legend, when the gods and demons churned the ocean for the Amrit or nectar, Dhanavantri (the physician of the gods and an incarnation of Vishnu) emerged with a jar of the elixir on the day of Dhanteras. This is also the reason why Dhanteras is celebrated. Click to know more about Dhanteras 2019!

People worship God Dhanvantri on this auspicious day by lighting lamps on the thresholds of their houses. A puja is performed which not only provides them sound health but also protects them and their family members from untimely death.

The birth of Lord Dhanvantri is mentioned in Srimad Bhagwat and Sushrut Samhita. Lord Dhanvantari emerged when both gods and demons had churned the ocean. He came about with a vessel of Amrit in his hands in the process. It is believed that he was born to protect living beings from untimely death, diseases, and sorrows. ‘Dhanu’ referred to in the word Dhanvantri symbolizes sorrow and Dhanvantri means the destroyer of sorrows.

This Diwali, invite Goddess Lakshmi to your home and life forever. Get attuned, energized and specially procured Shree Yantra or Meru Prastha Shree Yantra during auspicious Mahurats of Dhanteras, Diwali and Bestu Baras. Institute them at your home or office to obtain its effects. Moreover, with regular worship of an authentic and worshipped Shree Yantra, the symbol of Goddess Lakshmi herself will bring happiness, prosperity and great luck.