Tragic Curses in the history of Hindu Mythology 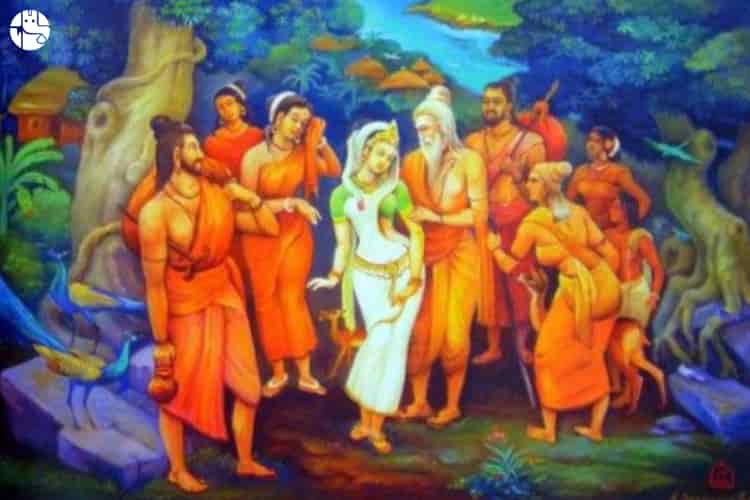 Have you ever cursed someone in your life? Did it work? Today, cursing somebody in anger is a very common thing. Nobody cares about the curse, as those are mere words with no powers. However, in old times, things were not like this. Even Gods were not spared from the power of a curse. If you look deep into Hindu Mythology, you will see that no power was bigger than the curse of a pious or saintly person. There are so many wonderful stories of epic curses in Hindu mythology, which became unforgettable.

Here in this article, we will tell you about the biggest curses in Hindu Mythology.

In Matsya Purana, there are stories of the war between Devas and Asuras. In all of them, Devas used to win and Asuras face defeat. Shukra Acharya – the guru of Asuras got very upset and decided to please Lord Shiva. With a desire to get mritasanjeevani stotra, or mantra to make Asuras invincible, Shukra Acharya went on doing the meditation or Tapasya. Meanwhile, asuras were refuging at the ashram of rishi Bhrigu who was the father of the Shukra Acharya. Deities recognizing the absence of asuras’ guru, planned to attack the Bhrigu’s ashram for killing all the demons.

In absence of Rishi Bhrigu and their guru Shukra Acharya, asuras took help from Bhrigu’s wife who not only saved them from deities but also immobile Indra. Seeing that Devas went to Lord Vishnu and pleaded for help. After being convinced, Vishnu beheads Bhrigu’s wife using his Sudarshana Chakra. When Rishi Bhrigu came to know about his wife died, he got furious and cursed Vishnu that he will be born on earth several times and suffer the pains of worldly life. This is why Vishnu took so many avatars on earth. It became the most tragic curse in ancient history ever.

The curse of Jaya and Vijaya

In Bhagavata Purana, the gatekeeper of Vaikuntha Jaya and Vijaya once saw four Kumaras coming to Vaikuntha. Unknown to their real identity Jaya and Vijaya stopped them from entering. They were manasaputras of Brahma who got angry and cursed them both to leave the Vaikuntha. Both of them go terrified and pleaded God Vishnu to reverse the curse. Vishnu was unable to revere the curse but offered them two choices instead. They can either born as a devotee of Vishnu in seven births or enemy of Vishnu in three Births. They finally chose to stay away from Vishnu for three births. Later, Jaya and Vijaya took birth as Hiranyakashipu and Hiranyaksha; Ravana and Kumbhakarna; and Dantavakra and Shishupala respectively. Here, you can say that Jaya and Vijaya experience curse and blessing both together.

Ahalya – the daughter of Brahma and the most beautiful women ever. She was married to Maharishi Gautam. Once when Rishi Gautam was not in their home, Indra took his form and entered his hut pretending to be Rishi. Ahalya was not able to recognize the Indra’s trick and lost her chastity. Later, when Rishi arrived, he saw Indra in his form and instantly got angry. He cursed him to have 1000 vaginas on his body as he was so obsessed by the woman’s body. After much pleading, he altered his curse and made those vaginas into eyes. Rishi gave one curse to his wife too. He made her a stone until lord Rama touches her and make her pious again after hundreds of years.

Curse to all women from Yudhishthira

After the epic battle of Kurukshetra, Yudhishthira was doing a funeral ritual for all his lost family members and loved ones. When he was doing Karna’s rituals, he was so upset by the fact that his mother hid the truth from them for so many years about their elder brother Karna. In sobbing, he cursed all women that no one of them will ever be able to keep a secret ever after. Maybe this is why women are never trusted with secrets.

According to Hindu mythology, Karna is the abandoned son of Kunti and the Sun was unaware of his realty for the earlier part of his life. A low caste charioteer raised him. When he went to Drona for learning the art of fighting and archery, he refused because Karna was not a Kshatriya. Thus, he went to Parashurama to learn the art by lying that he was a Brahmin. One day when Lord Parashurama was resting his head in his lap, Karna abide the bite of a scorpio and didn’t disturb the guru. When Parashurama came to know this, he recognized that only a Kshatriya could bear such pain without yelling or crying. So, he cursed Karna to forget his learning at the time when he will need it the most in the future. As a result, he lost in the epic battle of Mahabharata.

Aren’t these curses terrifying? Well, you don’t have to be afraid. These happened long ago and today, no one’s curse can affect anyone so badly. These were the famous curses in History. To explore more, stay tuned and read our other mythological blogs.