Know Why Bel Patra Is Offered To Lord Shiva? 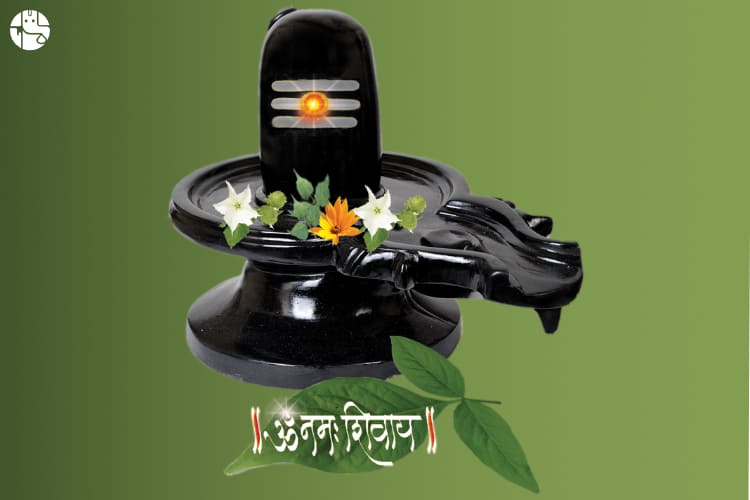 Have you ever wondered why you keep seeing this trifoliate leaf (bel Patra leaves) in almost all Hindu pujas, and why it is essential?

What is the importance of Bel Patra?

Bel tree is considered a very sacred and holy tree in the Hindu religion. The leaves of this tree are generally trifolic, which means a leaf that is divided into three leaflets – which are believed to represent the three eyes of Lord Shiva.

According to Hindu mythology, the leaf also represents the holy trinity – Bramha, Vishnu and Mahesh i.e. Shiva. In addition to all the symbolism attributed to the deeply revered Bel leaf or Bel Patra, it is also known to be Lord Shiva’s favourite. Hence on offering Bilva or Bel Patra to Shivji, devotees can get the blessing from him.

Shiva Purana regards this leaf as one of the six divine articles that are used to worship Lord Shiva. It is also used in the worship of many Hindu deities.

Why is Bel Patra offered to Lord Shiva?

Bel leaves are in Trifoliate form in appearance. The scientific reason behind offering Bel Patra to Lord Shiva is it has a cooling effect. It cools the Agni tattva of Shiv linga. In Purana, the origin of the Bel tree is mentioned. The sculptures show that Bel Patra is originated from the perspiration or sweat of Goddess Parvati. A different incarnation of Goddess Parvati resides in a different part of this tree. Lakshmi, the Goddess of Wealth also lives in the bel tree. That’s why it is considered as so sacred and use as offering to Lord Shiva.

What is the mantra to chant during the offering of Bel Patra?

Devotees and sages are often found chanting the Bilvashaktam mantra. The following Bel Patra Mantra must be chanted while offering Bel Patra to envoke the blessings of Lord Shiva:

Meaning: It is born from the heart of Lord Laxmi, the Bilva tree is ever dear to Lord Mahadev. So I ask this Bilva tree to offer one leaf of bel to Lord shiva. To have darshan of the Bilva tree, and to touch it, frees one from sin. The most terrible karma is destroyed when a Bilva leaf is offered to Lord Shiva.

Is there any specific number of Bel Patra to be offered to Lord Shiva?

There is no specific number of Bel Leaves. It can from 1 to lacs depending on affordability and availability. The main thing which matters is a pure intention.

What are the Vedic rules to follow before plucking Bel Patra Leaves?

Bel Patra or any sacred leave or flower should be plucked by clean hands. Take a bath and wear clean clothes. Pray to the tree and get permission to pluck his part. This is the best way to pluck Bel Patra. After plucking, one should wash Bel Patra and clean them with water. Write “OM” with Chandan / Sandal over leaves then offer to Lord Shiva. One should offer bel leaves with the stalk towards the Pindi and the upper portion of the leaf towards themselves.

What are the days on which Bilva Patra should not be plucked?

According to the scriptures, Bilva Patra should not be plucked on these days – Monday, Amavasya, Makar Sankranti, Poornima, Ashtami, Navami.

Bilva Patra can neither be reused nor re-offered to Shiv Linga. The offered Bilva Patra can be taken for other religious or spiritual usages as per the instructions of proficient Brahmins.

Since every part of the Bel tree is said to contain Goddess Parvati, it is considered the ideal tree to worship Lord Shiva. It is said that even if one touches the Bel Patra, he/she is freed from all negativity, sins and ailments.

Article Related To Lord Shiva and Shravan Month:
1) Importance of Sawan Maas and More
2) List Of Shravan Month Festivals 2019
3) Importance and Benefits of Worshipping Shivling
4) What is Cosmic Dance Of God Shiva (Nataraja)?