Know About Atheism Within The Indian Tradition 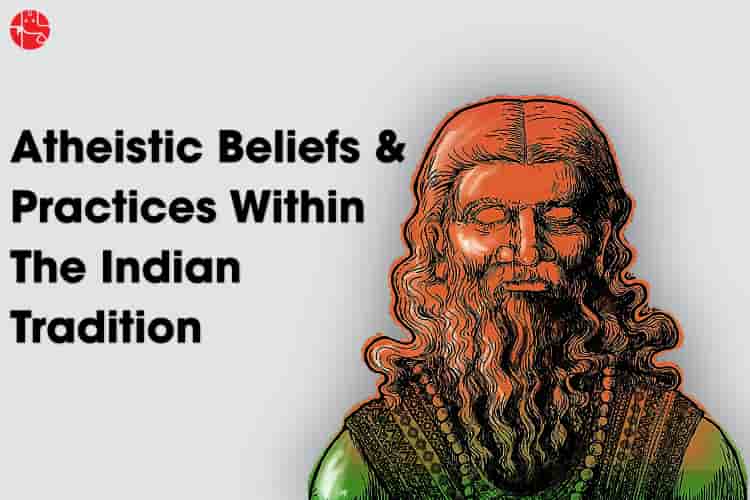 Atheism, in general, is the rejection of metaphysical beliefs in God or spiritual beings. It is usually contrasted from theism, which believes in the reality of the divine and often seeks to demonstrate its existence.

Atheism is also differentiated from agnosticism, which leaves open the question of whether there is a god or not, professing to find the questions unanswered or unanswerable. You can also get the answers to the problems in your life using Astrology.

Well, belief in a creator God has been one of the most overriding factors in the development of religions, cultures and civilisations across the world. A large section of the world’s population has been affiliated to one or the other faith, most of which have centred around spirituality and a belief in one or several deities. So, theism (or belief in a creator God) has been the mainstream social flow of the human community for ages. Although atheistic traditions have always existed on this planet, they have never been the dominant force. But things have changed in the last century.

With the growth & expansion of human intellectuality, atheism has gained converts. In fact, with the rise of Marxism & the Communist ideology, atheism became the established state ideology for several countries in the world and continues to be so for the most populous country, the Peoples’ Republic of China (also referred to as Mainland China or simply China).

But as Communism declined in the last few decades, atheism has lost ground as a major political force. However, atheism continues to grow and flourish at the grass-root level in various developed and advanced countries, wherein it is seen as a mark of rationality and modernity.

While in many countries around the world, atheism was not accepted in the ancient and medieval times, as it was seen as going against the fundamentals of the existing religion, things were quite different in the Indian subcontinent (variably referred to as South Asian subcontinent).

It is said that the liberal traditions of India (and it’s vicinity) in the past allowed variety and richness to abound and flourish. In particular, Hinduism accommodated within it’s fold a wide range of beliefs and practices, including even atheistic traditions.

The Various Schools Of Indian Philosophy

Among the various orthodox schools of Hindu philosophy, Samkhya, Yoga and Mimamsa, while not rejecting either the Vedas, typically reject a personal god, creator God, or a God with attributes.

Mimamsas Negated A Maker Of The World

As per the Mimamsas, there was no need to postulate a maker for the world, just as there was no need for an author to compose the Vedas or a God to validate the rituals. They further thought that the Gods named in the Vedas had no physical existence apart from the mantras that speak their names. In this regard, the power of the mantras was what was seen as the power of Gods.

Samkhya Believed In Karma But Denied The Existence Of God

Samkhya gave the following arguments against the idea of an eternal, self-caused, creator God:

If the existence of karma is assumed, the proposition of God as a moral governor of the universe is unnecessary. For, if God enforces the consequences of actions, then he can do so without karma. If however, he is assumed to be within the law of karma, then karma itself would be the giver of consequences, and there would be no need of a God.

Even if karma is denied, God still cannot be the enforcer of consequences. Because the motives of an enforcer God would be either egoistic or altruistic. Now, God’s motives cannot be assumed to be altruistic because an altruistic God would not create a world so full of suffering. If his motives are assumed to be egoistic, then God must be thought to have the desire, as agency or authority cannot be established in the absence of desire.

However, assuming that God has desire would contradict God’s eternal freedom which necessitates no compulsion in actions.

The Standpoint Of The Heterodox Indian Schools

While Buddhism is silent on the existence of God (thus acquiring a non-theistic nature), Jainism outright rejects the premise that the Universe was created by any supreme power.

Charvaka goes one step further and states that there is no reality beyond this body (thus leading to the principle of hedonism or pleasure-seeking). As for Ajivikas, they too rejected the existence and need of any primordial being.