Symbolism Of Floods In Hinduism 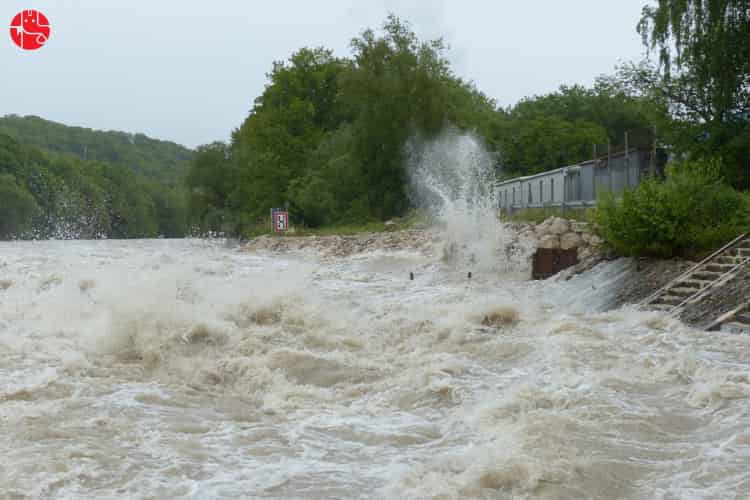 Human Beings suffer from the action of GOD in various facets of life, like unexpected deaths and other injuries. For example, calamities come from the fire, accidents, (both by trains, buses and aeroplanes), storms, earthquakes, floods and many more. All this results in a loss of life and property. Here in this article, you will know the symbolism of floods, particularly in Hinduism.

What does a flood symbolize?

Floods are among the most powerful and devastating natural events. Mythological floods are not local. They take place on a cosmic scale, generally covering the whole world. Though the direct cause of the rising waters may be heavy rainfall, gods or other supernatural beings are responsible. Often the flood is considered as a punishment for the wrongdoings of humankind.

In Hindu mythology, scriptures such as the Satapatha Brahmana and the Puranas contain the story of a great flood, “Pralaya”, wherein, the Matsya Avatar of Vishnu warns the first man, Manu, of the impending flood, and also advises him to build a giant boat.

The flood myths in Hinduism begins with a creator god named Manu who was once washing with water from a jar. A fish in the jar asked for Manu’s protection and promised to save him from a great flood that would occur in the future. Manu raised the fish until it was one of the largest fish in the world, and then he released it into the sea. The fish told Manu what year the flood would come and advised him to build a ship. Manu built the ship, and when the flood came, the fish towed it to a mountaintop. Manu alone survived the flood. The fish is generally identified as one form of the God Vishnu.

In India, Hindus bathe in the sacred Ganges River to purify themselves. According to many myths of the great flood, a few virtuous individuals survived the inundation, perhaps with the help or advice of a friendly deity. Those survivors repopulated the world, becoming the parents of the present human race. In this way, flood myths are often myths of human origins as well.

What does flooding in dreams mean? Dreams about floods can be a sign of “washing away” the past for a new brighter future. Dreaming of being in or seeing a flood can also represent your emotions.

Why is flooding bad?

The main cause of the flood is deforestation. When deforestation occurs in a particular area, there are no more trees to help soak up precipitation and reduce water flow over the landscape. Without these natural protections, there is an increased risk of flooding and erosion whenever it rains.

So, this is the high time we focus on saving our environment!!