Though not a perfect match, Yuvi and Hazel will make for an adorable pair! 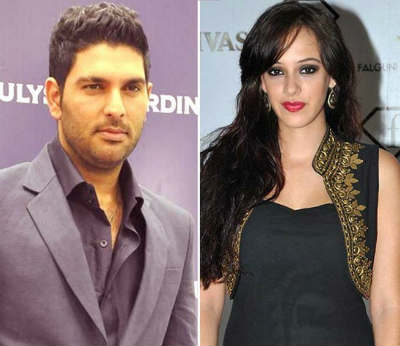 It seems to be the season of weddings in the world of Indian Cricket. After ‘ The Turbanator’ Harbhajan Singh’s wedding with his long-time love Geeta Basra, it’s now our very own Yuvraj Singh – Hero of Indian Cricket on several occasions, who has got engaged to Hazel Keech, who is a model and actress! Yuvi, the Punjabi Munda, whom we have seen whacking the balls bowled some of the fiercest bowlers of the world into the stands has now been bowled over by the pretty-faced Britain-born Actress and Model! They say ‘Love knows no barriers and boundaries’ and it’s proved to be true in the love-story of this jodi. What sort of a love-story have the heavens probably written for this wonderful pair? Will they both enjoy great bliss together? Let’s see what Ganesha has to say…

Some bumps on the path?

Trust – the Key to This Relationship…