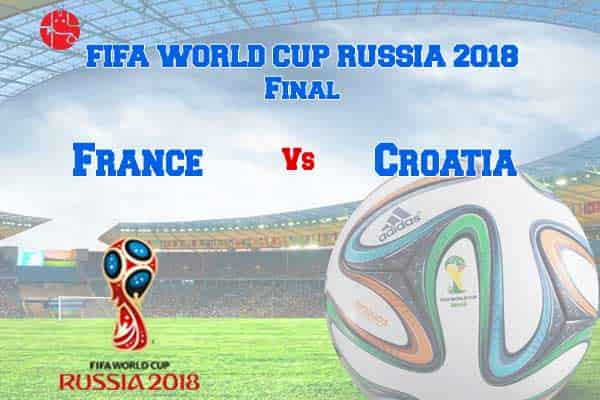 All good things come to an end. The same holds true for the FIFA World Cup 2018. The final match of this tournament will be played between France and Croatia. The FIFA world cup final 2018 date is 15th July. These two teams have traversed many challenges and difficulties before standing against each other in the finals. Besides, in some respects, the two teams are typically in contrast with each other. France represents huge football might while Croatia has risen to such tall heights in football for the first time. At this stage, none of the teams can be written off. So, it’s going to be an exciting match between the two teams. The big question now is who will win world cup 2018. Read Ganesha’s astrology analysis as per world cup 2018 predictions to know match’s prediction:

Certainly, the most deserving teams have reached the finals in this display of skills and merit. Now, the big question is who will win the final match and become the football champion for the year 2018. We have the findings as per FIFA world cup predictions 2018. France is depending on players like Hugo Lloris (Captain), Steve Mandanda, Alphonse Areola. As for Croatia, some of its prominent players are Dominik Livaković, Lovre Kalinić, Danijel Subašić.

Who Will Win Today, France Vs Croatia? Ganesha Has The Answer

So, who will win the 2018 world cup? It’s hard to predict the outcome of France vs Croatia final 2018. Well, France is going to win the final match of FIFA 2018 World Cup and become champion of this tournament according to FIFA world cup 2018 predictions. Good time for France foreseen but not a really bad situation for Croatia as per world cup final match prediction.