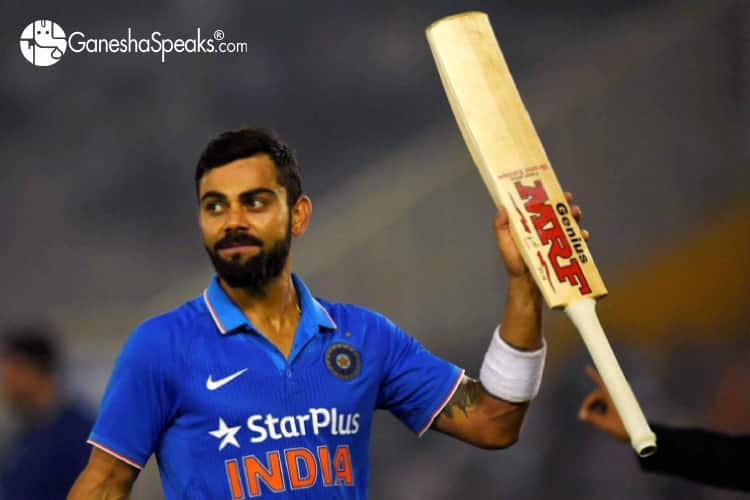 He is not just a sensational cricket player who has the record of the fastest batsman to reach 1000 and 2000 runs, he is not just a cricket player with accolades like Arjuna Award (2013), Padma Shri (2017) and Rajiv Gandhi Khel Ratna (2018) but he is the mesmerizing and dashing young cricketer who has captured the hearts of all the Indians, including actress Anushka Sharma! Yes, we are talking about none other than Virat Kohli who has changed the face of the Indian cricket game. He not only amazed us with his sizzling performance at the under-19 World Cup as a captain but also performed well in the 2011 World Cup as well!

Given that we won both the above World Cup, Virat Kohli became a huge sensation and was also named as one of the 100 most influential people in the world. Let’s not even talk about his fashion statement and style as he is one of the most stylish sportsmen that our country has ever produced! He is known to be quite successful while chasing scores. He has been in an excellent form and has supported the Indian cricket team with a lot of hard work and determination.

Will Be Garnered With A Lot Of Appreciation

According to his birth chart, currently, Mahadasha of Rahu and Antardasha of Mercury is in operation for him. In his Natal Chart, Mercury which happens to be the Lord of the 10th House is posited in the 11th House of gain and Rahu is placed in the 3rd House. This means, that his such placements are just phenomenal for him.

A Lot More To Come From Virat

It is foreseen that Virat will continue to exhibit his master class through some of the best batting in the forthcoming year as well. This guy is going to show his exceptional abilities in the game of Cricket. He will garner appreciation not only from his fans but also the former stars of Cricket from around the globe. The former West Indies player Sir Vivian Richards has already praised him saying that how Virat reminds him of himself as a player. He has also been compared to the Master Blaster Sachin Tendulkar as well. Virat became the fastest player to score 10,000 ODI runs in just about 205 innings compared to Sachin who reached this mark in about 259 innings! That is about his birth chart. You can access your Birth Horoscope Free and know your future.

Team India Will Reach Great Heights Under Him

Such performance is obviously going to establish him as a legend in modern cricket and undoubtedly is going to grow stronger, climbing the ladder of success and taking the game to the next level. However, he will have to be careful in the period between March 2019 and May 2019 as some fitness issues may impede his progress and try to knock him out of the game. The period seems difficult for him both as a Captain and as a player. The transiting Saturn has the potential to restrict his progress as a Captain of Team India. His brilliant batting and aggressive captaincy may help Team India to achieve greater heights but, planets might not allow him to achieve his ultimate goal and fly high. Do you have any confusion in your career? Buy the Career Ask A Question Report and get it resolved.

Nevertheless, he will be able to inspire Team India to rise and shine as there’s a lot more that will come his way in the year ahead. May Lord Ganesha bless him with all the success!