Happy Birthday Suresh Raina: Is he planning a comeback? 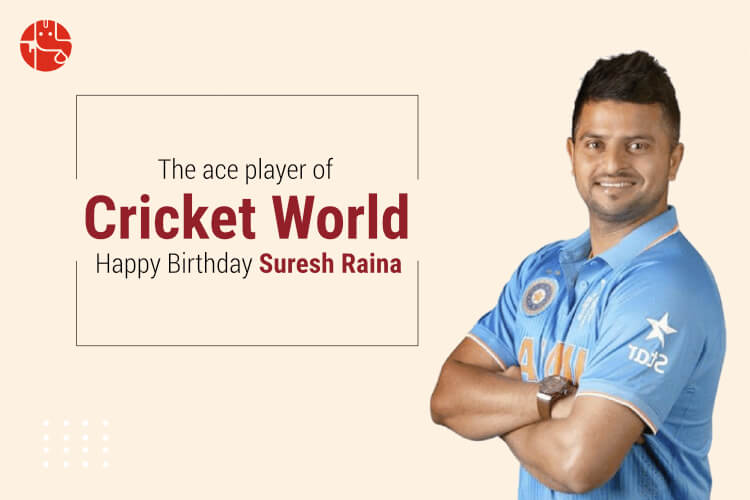 Suresh Raina, by listening to his name tell me one single thing that crosses your mind? Let me guess! A plethora of his fielding efforts, his dives, his run-outs, his smile, or his feat. You might also remember all the runs he collected while being clad in a yellow jersey. And to some extent, it is not your fault! Whenever there is something like the Indian Premier League- Hall of Fame, Suresh Raina’s name will be the first one to get impinged into the annals of batsmanship.

But today, I’m not here to talk about his well-scored run or partnership but one just special moment he created with his bat. Imagine! Walking out at 6-205 after the dismissal of MS Dhoni. All the top-batters are back in the hut, the Pakistanis have their tail-up, the ball is reversing, you need to get at least a fighting total considering it was a flat Mohali wicket, and dew would play a vital role in the second half. So, what does Suresh Raina do? He counterattacks the opposition best bowler- Umar Gul. He breaks the shackles and considering there was non-existent support from the other end, scores a calculative 39-ball 36 to take the Men in Blue to an eventual match-winning total of 9-260. Remember or not! It was the very moment of the 2011 World Cup where these men in blue had added a match-winning total of 9-260.

As Suresh Raina celebrates his 34th birthday, one can not even wonder, what would have happened if he was not there on that marque occasion! The past visualization made my spine shiver! But what his future visualization says about him, let’s find out based on his Astrological Chart.

Are you also curious about your future aspect? Get an accurate forecast of your upcoming events with Free 2021 Vedic Astrology Report.

As per his Zodiac Sign Sagittarius, in the coming day, Suresh Raina will be under the influence of Rahu Mahadasha and Sub-period of the Moon that will end on 23rd May 2021, and then the sub-period of Mars will start. The transiting Jupiter aspects the planets positioned in the 11th house of the, and transiting Saturn would aspect Mercury and Venus posited in the 12th house of the Chart. With Rahu Ketu transit 2020 in new signs, the transition of Rahu will take place over the planets placed in the Ascendant.

Find out what your birth has to say about your future, get a Personalized Janampatri Today!

The homecoming of Jersey No 3 in IPL

Suresh Raina, a prominent star player, is known for being a tough and technically sound person of the league is out of the current IPL series for a personal reason. The transiting Jupiter in Capricorn aspecting the lord of the 9th house, Moon in the 11th house, is appearing to open his luck for the next IPL season. The significant period of Rahu would play a vital role in the selection for an IPL at the end of May 2021.

The Match is Still On!

As said above, there is a higher chance of making a comeback in the next year’s IPL series. And the placement of planets in Surya Kundali may give him an additional push from transiting planets to his career of cricket to show his ability and techniques to the lovers of cricket.

The lord of the 6th house that reflects games posited in the 4th house, and Jupiter, the lord of the 5th house indicates (performance) is giving a clear cut message that he is still not exhausted and becomes incompetence for the game. And would continue to play domestic cricket like Ranji Trophy and Vijya Hajare and also be able to compete with an opposite team with his wisdom and enormous batting power.

Suresh Raina will be throughout the year 2021 under the influence of Rahu. Transiting Jupiter in the lord of 2nd house(Family) and 5th house( Children) aspecting the 7th house of his Surya Kundali is making clear that he would have an enjoyable period with his family and have content married life. The relationship with his wife, Priyanka Chaudhary Raina would be quite harmonious, and both be in a sound position to spend quality time with their children.

Want to know about your conjugal life? Ask an Expert and get an accurate answer related to your marital life.

In Hook or Crook, They Will Always be Together

Suresh Raina is a very charitable person, known for helping everyone, be it known or unknown. As per his birth chart, the Natal-Jupiter aspects the 7th house (Spouse) and 11th house (affection). In addition to this, the Saturn aspect on the same planet in the 12th house indicates that Raina can prove a positive figure in supporting his wife’s NGO, the Gracia Raina Foundation which helps women with the right knowledge and information about reproductive and maternal health. He is also likely to support her entrepreneurial venture ‘Maate’, for the organic baby care products, as one supportive husband.

We wish this ‘Chinna Thala’ a very happy birthday and have a great future ahead.