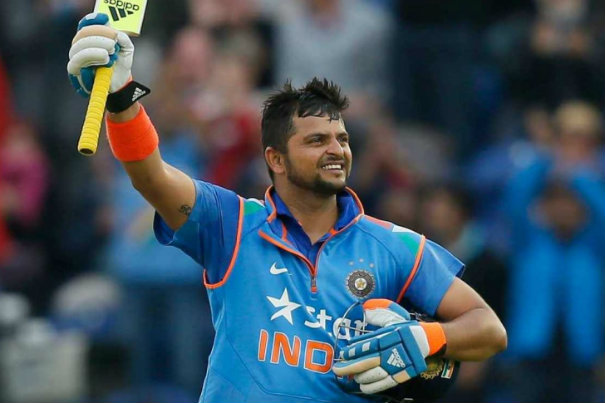 The left-handed batsman and right-handed off-break bowler Suresh Raina is widely believed to be one of those Indian cricketers who never achieved their full potential. He has played 18 Test matches, 223 ODIs and 51 T-20 Internationals for India. The Uttar Pradesh cricketer is the captain of the Gujarat Lions in the IPL. Raina has the rare distinction of scoring a century in all the three formats of the game. One of the most fleet-footed fielders in world cricket, Raina is fondly called “Mr Electric Heels” by his fans. Raina scored a century in his debut Test against Sri Lanka in 2010, and was a member of the Indian team which won the 2011 World Cup. At 29, however, he is not getting any younger by cricketing standards, and has the odds stacked against him. Still, Ganesha feels he will get another shot at making a comeback after April 2017. He will display good form in patches, and he will have to put in extra efforts to meet the expectations of his fans and selectors alike.

Planets back Suresh Raina’s aggression
Suresh Raina has Mars and Saturn exchange in his solar chart. Mars, the planet of attack, becomes strong by this exchange. A strong Mars provides great firepower to a sports personality. It makes him forceful and aggressive. Also, Venus and Mercury are in conjunction, which indicates his quick reflexes and athleticism. Mars is placed with Jupiter, due to which, the positive qualities of Mars get more pronounced and prominent. This combination also makes him very disciplined, hard working and persistent.

Also Read: Rishab Pant – Will He Literally Make It Big At The National Level?

Adverse transits may hamper his progress
He has Sun and Saturn conjunction in Scorpio. Therefore, the pace of his undertakings gets slowed down unexpectedly at times and results he gets for his efforts also tend to be below expectations. At present, the transiting Saturn is moving over the natal Sun-Saturn conjunction. This adverse transit may cause few problems for him. Some disruptions may shift his focus and some constraints may hamper his progress.

Get an idea of what the stars indicate about you with the Birth Horoscope for FREE!

Health and fitness issues will cause anxiety
Also, the transiting Ketu is moving over the natal Mars. So, his health and fitness level will remain a cause of concern. But, from mid-January 2017 he will bounce back and try to recover his place in Team India. The transiting Jupiter will make him capable of handling any kind of adverse situations. He will be determined and aggressive to capitalize on the opportunities.

Also Read: Virat Will Continue To Strike The Balls With Surgical Precision Even In Upcoming Year

After April 2017, he will get a shot at making a comeback
Though he will play and contribute well, his performance will be inconsistent till April 2017. So, his comeback may not be so smooth and he is likely to face stiff competition to regain and cement his place in Team India. However, his confidence level will get a boost and his performance will also improve post-April 2017. He will be in good form again between May and September 2017. However, the forthcoming year looks challenging for him and may require extra efforts to match the expectation imposed upon him.