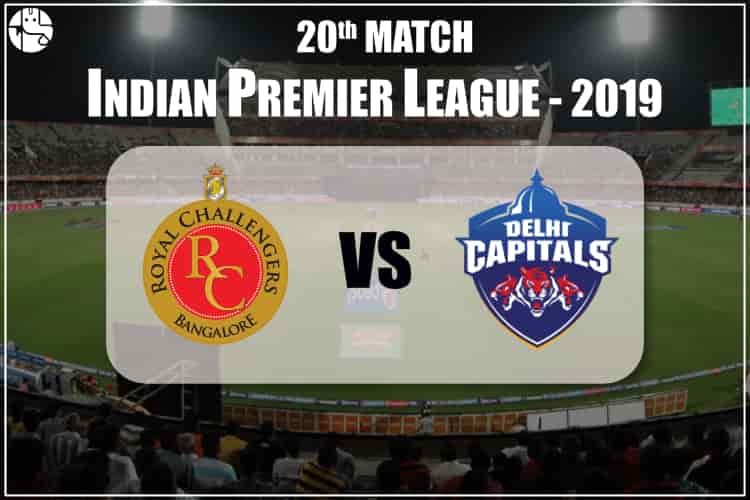 The Royal Challengers Bangalore have been one team that has had the best of the best players in the IPL 2019. Right from Yuvraj Singh, Gayle, McCullum to Virat Kohli and de Villiers, however, they’ve failed to deliver. According to stats, they’ve only won 9 out of the last 33 games they’ve played in the IPL. They did finish as the runners up in 2016. These defeats are doing more damage than anything. We wonder how they plan to make a strong come back into the league. The Delhi Capitals, on the other hand, lost out to the SunRisers Hyderabad. Both, the Delhi Capitals and the Royal Challengers Banglore boast of a good squad but are finding it hard to find their footing.

IPL Prediction Who Will WIn Today

Which one of these teams do you think will win today’s IPL match? Will the RCB outplay the Delhi Capitals? Or will it be the other way around? Stay tuned to find out who will win today’s match in this 20th match of the IPL 2019.

According to toss prediction, Royal Challengers Bangalore will win the toss of 20th IPL Match

After careful analysis, Ganesha has concluded on which team will win the 20th match of the IPL 2019. The winning team will be Royal Challengers Bangalore.