SRH vs KKR Match Prediction: Who Will Win SRH vs KKR IPL Match 2019 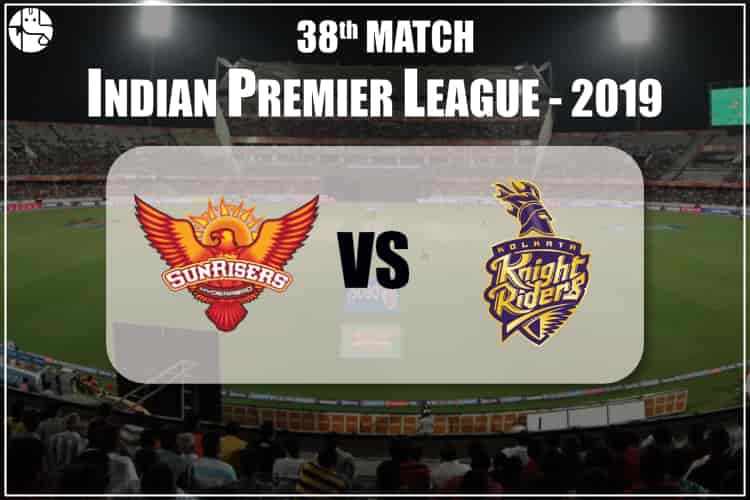 The SunRisers Hyderabad lost to the Delhi Capitals on Sunday night. The bowlers from the team did an impressive job. In fact, they even had a great start in the second innings with Bairstow hitting some good balls. But sadly, that wasn’t enough to win them the game. Meanwhile, the Kolkata Knight Riders lost out to the mighty Chennai Super Kings in the 29th match of the IPL 2019. It was Imran Tahir’s haul that led to the collapse of the Knight Riders in the same. They found it hard to make a comeback. The Chennai Super Kings are fierce on the field and will never let such an opportunity to strike their opponent go. The odds for this game, however, seem to be with the Kolkata Knight Riders since they’ve proved to be better than the SunRisers at this point. However, you never know who luck will support. Ganesha has carefully analysed the game. Let’s find out who will win the 38th game of the IPL 2019. Who do you think will win between the SunRisers Hyderabad and the Kolkata Knight Riders? Which one of them will win the toss? Let’s find out what Ganesha has to say!

As per Ganesha’s findings, the toss will be won by Sunrisers Hyderabad.

SRH vs KKR Prediction: Who Will Win SRH or KKR?

According to Ganesha, the team to win the 38th match of the IPL 2019 will be Kolkata Knight Riders.