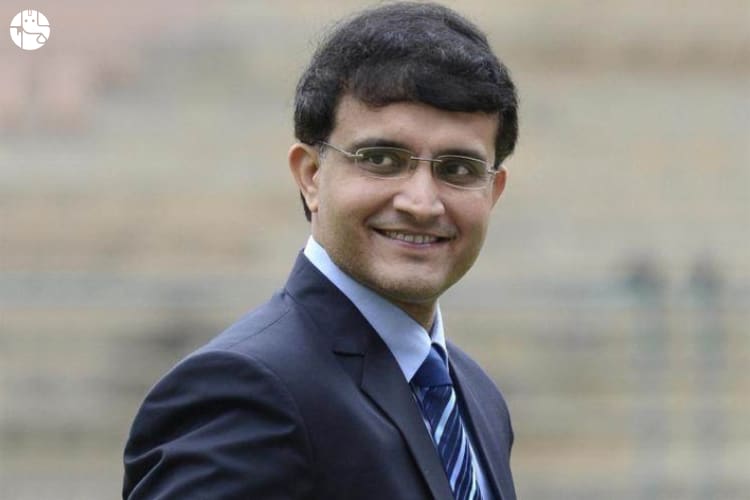 Sourav Ganguly, the former Indian Captain is known for his on-field aggression and catapulting Indian cricket to several notches higher in 2000, when Indian cricket lay embroiled and entangled in controversies such as betting and match-fixing. He resurrected the sagging Indian cricket and was the first one to inculcate self-belief among teammates that an overseas victory is well within their grasp.

Popularly known as the ‘Prince of Kolkata’, Sourav Ganguly is a global icon and is at the heart of all Bengali people, fondly regarded as ‘Dada’. During his career, he was known for backing new players in the team and put together a world-class team with the perfect combination of young and experienced players. As long as Indian cricket exists, Indians will always remember Sourav Ganguly for his pivotal contribution towards uplifting Indian Cricket from the mire of challenges and controversies.

He bid adieu to his active professional cricketing career in the year 2008 and is now serving as the President of the Cricket Association of Bengal. He is married to Danseuse and Odissi dance expert, Mrs. Dona Ganguly and they both are parents to a daughter named Sana Ganguly.

1- What is the future prediction of Sourav Ganguly as BCCI President?

From 5th November 2019, Jupiter will be entering its own sign Sagittarius. Jupiter will then move forward through the seventh house over his radical Jupiter. This movement and influence of Jupiter seems to support the progressive forces and influences them to start working effectively. Mr. Ganguly should be well-poised to achieve his objective as BCCI Supremo and will steadily move ahead on the road to progress.

2- Whether he will prove to be the right choice for BCCI President?

Towards the end of March 2020, Jupiter will be entering the sign of debilitation- Capricorn. Mid May onwards, Jupiter turns retrograde and the Jupiter moving in retrograde mode, will reenter its own sign Sagittarius. From around mid of September 2020, Jupiter will be directly in motion. This period of Jupiter’s retrogression may empower Sourav Ganguly in progressing peacefully.

Jupiter’s direct motion should work well for Mr. Ganguly. He will be able to deliver as per expectations and the progressive forces should work effectively for him. This movement of Jupiter will work great for him and will help in achieving a desirable level of progress while adding to his prosperity as the BCCI President.

3- About his decision-making skills

Saturn is passing over his radical Jupiter and shall remain there till January 2020, after which it will transit through Capricorn which is the 6th house in his horoscope. Jupiter is passing through Scorpio and it is the 4th house of his horoscope, and from 5th November 2019, his natal Jupiter will be passing over his radical Jupiter. This transit of Jupiter should remain very favorable for him. He will make the most of his role and function as the BCCI President.

He will always remain in thick of things and will enjoy the limelight and attention from media. He should remain spot on with his decision-making skills, owing to which, some of his decisions should turn out to be very fruitful for Indian cricket in the years to come. He may have to handle various challenges as the President of BCCI, as some of his decision may earn him criticism as well.

Nevertheless, he should be able to enjoy the grace of Guru during this tenure as a BCCI President and therefore there is no doubt that he will be able to justify his profile and responsibilities.

We wish him all the luck and wish for his success in all his endeavors and as BCCI President.