Ganesha foresees a great time ahead for Satnam till January, 2016…. 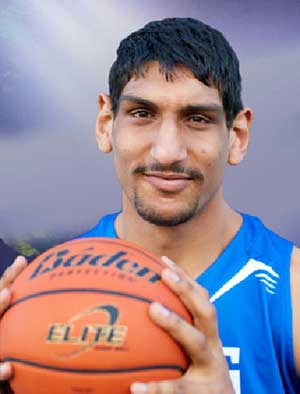 A 7 feet 2 inches tall, well built Punjabi lad is sure to make it big in the field of sports or areas requiring physical strength! Satnam Singh Bhamara doesn’t betray this perception as he has created History by becoming the first ever Indian to be drafted into the NBA! At just the young age of 19, this hulk is making headlines and that too for the right reasons. Satnam was born in a small village called Ballo Ke, located in the Barnala district of Punjab, India. Being a person with amazing height even at the age of 9, he was always advised by people to become a Basketball player. And now, after a lot of struggles and perseverence, this mighty man has struck gold! At this golden moment in Satnam’s life, Ganesha takes a look at his Solar Horoscope and predicts the way ahead for him. Let’s take a look….

As the Birth time of the player is not available, details are based on Solar Horoscope (Surya Kundli) with help of Birth date and Place only.

Astrological Predictions
1) What are the factors responsible for Satnam’s distinct achievement?

2) How will his performance in the team be?

3) Do his stars promise a bright future after this?

4) Will he inspire other Indians to make it big in future?

5) What cautions should be taken by him?

Ganesha wishes a great time ahead to Satnam Singh Bhamara and hopes that he makes it really big on the International Arena.