Sania wants to get listed in top 20 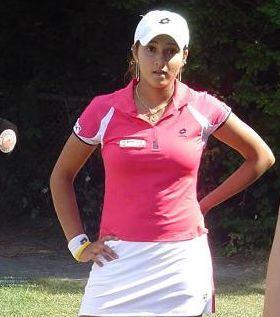 Indian tennis sensation Sania Mirza is ranking 32 now and has made a wish to enter the list of top 20. Ganesha finds it interesting to predict the future of ace tennis star.

Sania Mirza was born in Mumbai on 15th November 1989 with Scorpio Sun sign. Scorpio ruled by Mars which gives her strong spirit and aggressiveness. She is a strong and energetic, ambitious and dynamic. She wins important matches. In her Sun chart there is trine aspect between Jupiter and Sun which gives her fame and name. She has a very bright future in tennis. She will achieve great heights in tennis.

Day by day she will progress in her ranking and will reach among top players of the game in the world. Considering all the planetary strength Ganesha finds that, next year will be extremely encouraging for her. She will get remarkable success. Transiting Mars is currently passing through Gemini till the end of April 2008, which indicates favourable outcome during this transit.

Moreover, from April 2008 to September 2008, transiting Jupiter will be retrograde and will be passing ninth house from Natal Moon. In her chart, Jupiter is also retrograde. This means the transit will give her desirable result from April 2008 to September 2008. Ganesha also notes that after April 2008, transiting Rahu will be in Capricorn and it will be passing over the Natal Rahu which also denotes progress and desirable result. Ganesha feels that she will get a great height during 2008.

We wish her all the luck and may Lord Ganesha bless her.