Love birds Sania Mirza and Shoaib Malik must make the most of Jupiter’s ongoing transit through Cancer, says Ganesha. 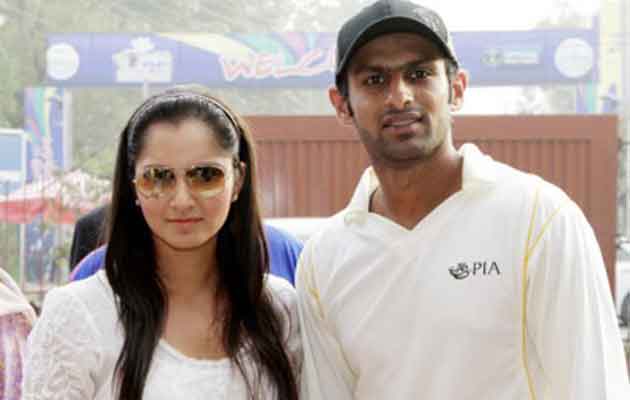 A Mills & Boon real-life couple or a jodi straight out of a magnificent, picturesque Yash Raj movie? You can call them anything, but one thing’s for sure—they have happily and very elegantly defied their detractors! Sania Mirza and Shoaib Malik—young, sporty, good looking, rich, super successful in their respective super snazzy careers, world famous—ahem—can there be anything else one may dream of!! Well, the two pretty people fell in love across borders—and didn’t let the dangling equation between their neighbouring countries come in the way of their splendid union. In 2010, the two married, and have ever since maintained their loving relationship, despite vast distance and busy careers, which often take them farther apart to lands foreign and alien. Recently, Mirza attained yet another peak in her tennis career, when she was crowned World’s Numero Uno in the Women’s Doubles Category. Sania thanked husband Malik for helping her get back to tennis again, after an injury in 2010. Elated fans, couple’s families and Indians apart, Sania’s achievement once again zooms the limelight on the couple’s chemistry and long-distance relationship. And, Ganesha takes this opportunity to take a look at the man’s and wife’s Solar Charts to predict the way ahead for them.

Ganesha observes that Shoaib Malik is born with Mercury and Saturn exchange, which bestows power and strength to this Chart. In view of the transiting planets, Ganesha notes that currently Rahu is traversing over Mars and retrograde Saturn in the talented cricketer’s Chart. Also, the transiting Jupiter will continue to aspect Shoaib’s Natal Sun, and Natally retrograde Venus and (retrograde) Mercury till 14th July 2015. Plus, the transiting Saturn will keep moving over his Natal Uranus till January 2017.

Considering these factors, Ganesha feels that Shoaib Malik shall remain in the limelight as a cricketer as well as celebrity till July 2015. However, post that time, when Jupiter moves to the Zodiac Sign Leo, Malik may experience a slow-down in his career. Between July 2015 and January 2016, he will continue to struggle in his Leagues, and his performance may come under a scanner. Nonetheless, post January 2016, Ganesha foresees a better period for Malik and his career. Overall, fluctuations shall remain a part and parcel of Pakistani cricketer’s career.

Since, Malik’s time of birth is unavailable, predicting for sure as to whether he will or will not settle down in India is not possible.

Being born with an exalted Mercury, Sania Mirza is destined to do well in the field of sports. Moreover, Saturn and Mars are in exchange in Mirza’s Chart, which is another supportive factor for her, as this planetary configuration bestows her with patience and perseverance, both qualities that can be extremely helpful for any sportsperson.

Ganesha notes that Sania is currently under the influence of Moon major period and sub period of Saturn, which will rule till 2nd July 2016. The transiting Saturn is currently passing through the Zodiac Sign Scorpio—which indicates that Sania is currently under the influence of a ‘Saturn-return Phase’. Moreover, the Rahu-Ketu half-return Phase is also ongoing for Sania. Although, these seem like difficult periods, the exalted Jupiter’s aspect on Sania’s Natal Mars till July 2015 does indicate achievements in Sania’s career, as a sports personality—and, hence her recent World No. 1 title in Women’s Tennis Doubles.

However, while Jupiter transits through the 8th House from Sania’s Ascendant (Capricorn) between July 2015 and August 2016 and forms an Opposition aspect with her Natal Jupiter, she may face troubles. This time doesn’t look set to be that great for her career in sports. However, she still would probably be making good money through other sources/activities. In the second half of 2016, other planetary transits and Dashas are favourable, so post that time again her career will start picking up, feels Ganesha. When will I get married by astrology? Ask for answers to your marriage questions from our marriage astrology expert.

The Relationship…
Jupiter’s transit through Cancer – its Sign of exaltation – through the 7th House (from her Ascendant) signifying public image and marriage in Sania’s Chart indicates uplift-ment in her public image and enhanced mutual understanding with her life partner. This transit of Jupiter, thus, shall be very favourable for the couple till July 2015.

From January 2016, though, Ketu a strong malefic will begun transiting through the 2nd House signifying family in Sania’s Chart. Thus, between January 2016 and July 2017, she is likely to face some sort of friction at the family front. In Shoaib’s chart, Ketu will be transiting through the 2nd House from his Natal Sun, so he too may face some friction at the family front. Thus, this will be a time when both of them will have to be careful, and not get angry or dejected over the distance between the two.

Long Distance?
In Sania’s Birth Chart, the Lord of the 7th House of marriage is posited in the 4th House, in an Opposition aspect with the retrograde Venus – the significator of love. This planetary congregation indicates that there are higher chances of this relationship remaining long distance for quite some time.

Ganesha wishes well to the couple.