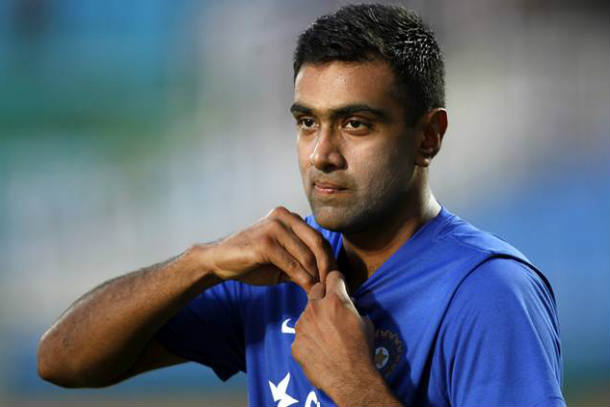 It took a long while for Ravichandran Ashwin to emerge from Harbhajan Singh’s shadows, just as it took Harbhajan a long while to emerge from Anil Kumble’s shadows. But Ashwin has over-shadowed them both and, at just 30, is still going great guns. He recently won the ICC Cricketer of the Year award, joining Sachin Tendulkar and Rahul Dravid, the only two other Indians who have achieved the feat so far. The tall, lanky and graceful off-spinner has also improved his batting so that he is now reckoned as an indispensable all-rounder in the Indian team. In his debut Test against the formidable West Indies, Ashwin took nine wickets to win the man-of-the-match award. Going from strength to strength, he clinched nine five-wicket hauls in his first 16 Tests, and in 2013 shattered Prasanna’s record for the fastest 100 Test wickets taken by an Indian, reaching the landmark in only his 18th Test. Ashwin’s carrom ball, a variation of the googly, has flummoxed batsmen around the world. In the just concluded home series against England, Ashwin got his 7th 10-wicket haul in his 43rd Test, bettered by only two other bowlers in Test history. Ganesha delves deep into his horoscope and predicts that after a rough patch from March-May 2017, he will hit a purple patch during September 2017 to March 2018.

Mars gives him the extra edge

Mars is Atmakarka in R Ashwin’s chart which is placed in fiery sign Sagittarius. Also, Mars is placed in Scorpio Navmansa. Powerful Mars is always a boon for any sport-person. It makes him aggressive, determined and gives the strength to stand against odds and obstacles. It denotes the capacity to conquer the opponents.

Mercury makes him resourceful and adaptable

Mercury is exalted in his chart. It makes him resourceful, methodical and persistent. It gives him the ability to assess the situations on the ground and make necessary changes in his game to achieve maximum positive results. He plans his game carefully without meanness and is able to achieve great results. Because of his organizing abilities he is able to work on several aspects of his game simultaneously whether it is batting or bowling.

Also Read: Rishab Pant – Will He Literally Make It Big At The National Level?

Venus brings him his fan following

Venus is also strong in its own sign which brings glory, success and huge fan following. Adding to this, Saturn is exalted in the Navmansa and Moon is placed with Jupiter. Such placements are phenomenal for a sports-person. This configuration indicates his exceptional talent in the game of cricket.

He will continue to dominate batsmen till March 2017

Currently, the transiting Jupiter is moving over the natal Sun and Mercury. So, he has been exhibiting his master-class through some of his best bowling and batting performances. The transiting Jupiter will continue to help him garner tremendous appreciation not only from his fans all over the world, but also from some of the former cricket superstars. However, the transiting Saturn in Sagittarius may bring some challenges and there may be some decline in his form and performances between March 2017 and May 2017. But, he will remain an important part of Indian attack.

More from Sports: ‘Electric Heels’ Raina Will Have To Be On His Toes To Catch The ‘Naina’ Of Selectors

He is likely to perform better post May 2017 and may reach greater heights in his career through some memorable performances in the period between September 2017 and March 2018. His performances will inspire Team India to rise and shine.

Get to know what the stars indicate about your Personality with the Astro Profile for FREE!