Parthiv Patel: Huge Support From The Stars Indicated For The ‘Little Glove-Man’ 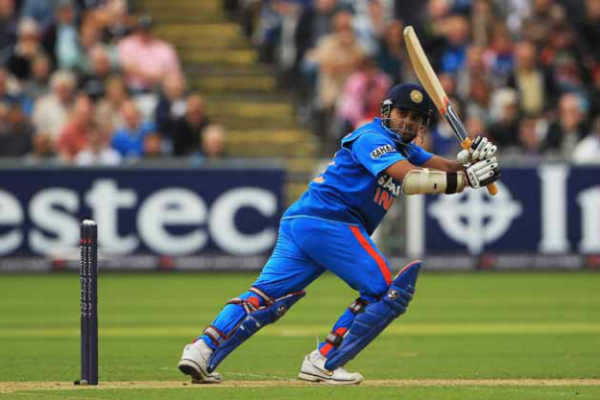 But, Ganesha says that the baby-faced wicket-keeper will be in for stiff competition, and will have to build on every chance he gets to stay in the race.
Promising wicket-keeper-batsman, Parthiv Patel of Gujarat has a rare distinction of having played in Test matches before having made his debut in domestic first-class cricket. This was in 2002 against England, and in the process, he also became the youngest wicket-keeper in Test history at 17 years and 152 days. However, he failed to carry forward the scintillating form he had displayed for the country in junior cricket, and soon faded from the international scene. In the 20 Test matches and 38 ODIs that he played, Parthiv did not quite live up to expectations. Now, Parthiv has got another chance after he was recalled to replace Wriddhiman Saha in the Mohali Test of the ongoing series against England. Ganesha feels the stars will favor him till September 2017, and he will have to grab every chance to impress the selectors and entertain his fans.

Stars indicate a strong character
Parthiv has Mars placed in its own sign which is indicating strong character and will-power. It provides him the energy and skills to tackle and topple his competitors and opponents. As always asserted by Ganesha, a strong Mars is a key factor for sportspersons and is mostly a common sight in the Horoscopes of athletets and sports and sports personalities. In the case of Parthiv, Mars is placed with Rahu, due to which the power of Mars gets magnified and this bestows greater confidence, courage, aggression and makes him sharp behind the stumps.

Venus’ placement confirms success and fame
Adding to this, Venus is exalted and placed with Mercury, confirming success and fame. It also indicates his quick reflexes and concentration along with noteworthy athleticism. This will also help him to be creative and come up with good ideas.

Also Read: ‘Electric Heels’ Raina Will Have To Be On His Toes To Catch The ‘Naina’ Of Selectors

Jupiter will boost his prospects
The transiting Jupiter is currently aspecting the natal Venus and Mercury which provided him a chance to get a place in Team India after a long break. The transiting Jupiter will continue to help him and will also boost his prospects. His useful batting and aggressive play will also help him to consolidate his position. But, the transiting Saturn indicates that his performance will remain inconsistent. Or else, he will lose the momentum due to reckless batting or lapses in wicket keeping.

The going will be good till September 2017
Still, the period till September 2017 will remain beneficial for him and may also provide him some good opportunities to show his potential. The transiting Rahu indicates that he is likely to face stiff competition, and hence he will require to capitalize on the opportunities that come his way. He is likely to remain associated with cricket in one or the other way till the end of 2019, feels Ganesha.