Legal battles may continue to frustrate M.S. Dhoni for some time, feels Ganesha. 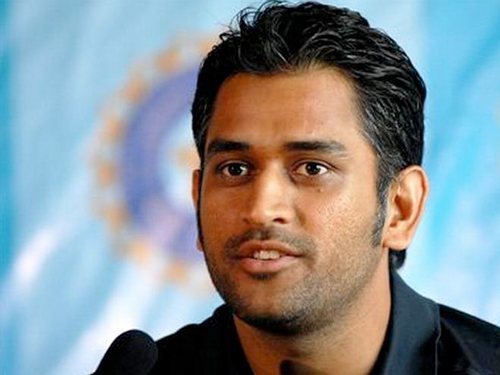 The most successful cricket captain of India, MS Dhoni is in news yet again. And, this time again, fresh after batting against IPL match-fixing scandal and allegations, he is in news for all the wrong reasons.

32 year old, inimitable and inspiring Mahendra Singh Dhoni, known for his rustic roots and unorthodox style of playing – both in batting and wicket-keeping, was recently issued an arrest warrant by an Andhra Pradesh court for allegedly hurting the religious sentiments of Hindus. Several petitions were filed in different states of India, against the ace cricketer, after he appeared in an Indian magazine dressed as a Hindu God – propagating various consumer goods – for which he currently models.

Dhoni himself currently touring with the Indian cricket squad was unavailable for comment. The warrant issuing court claimed that they were forced to take cation, as MS had failed to accept or reply the summons sent earlier to him.

Why is India’s ace cricket captain embroiled into one or the other scandal so frequently? Are his stars not favouring him? Ganesha took a look at Dhoni’s Personal Horoscope to spill the beans! Read on….

The transiting Rahu will be passing through Dhoni’s Ascendant over his Natal Moon and Saturn, in his Chart from 12th July 2014 onwards. So, at that time, various controversies and legal issues may frustrate him. Around this time, Dhoni’s image in the eyes of millions of his fans all over the world will be at stake.

However, the transiting Jupiter will be passing through the 11th House over Dhoni’s Natal Venus, which will protect his overall reputation and image. He may come out clean finally, and may continue to contribute to the Indian cricket.