MI vs CSK Match Prediction: Who Will Win MI vs CSK IPL Match 2019 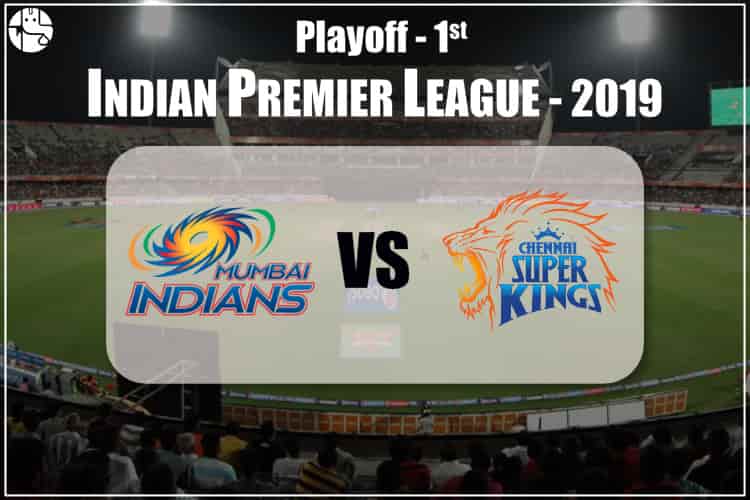 The Mumbai Indians managed to ace the playoffs by finishing at the top. Their feat is beyond commendable. They were neither the underdogs nor were they slated to be the feared. Yet, they managed to pave their way into the next round of the competition. They beat the Kolkata Knight Riders by nine wickets in the 56th match of the IPL 2019. Rohit Sharma, the captain for the Mumbai Indians along with Suryakumar Yadav managed to score the most runs and aided their team to win and seal the deal. Even Quinton de Kock played a major role in setting the pace for the Mumbaikars. We wonder how they will do in the next leg of the competition.

The Chennai Super Kings, the defending champions had a rather tough match to deal with. They lost to the Kings XI Punjab in the 55th match of the IPL and yet managed to qualify for the next round. Sadly, the Kings XI Punjab did share the same fate. However, it is admirable that they gave it their all in order to defeat the Chennai Super Kings even though there was practically no chance for them to qualify. Suresh Raina, one of the best crickets we have has had a tricky season this time around. He failed to win matches as the interim caption while Dhoni was away. He did score some good runs. He played his part as a star batsman and did full justice. However, his ability to lead his team to victory has been questioned.

We wonder what the outcome of the playoff 1st or 57th match of the IPL will be. Thankfully, Ganesha has analysed this game rather carefully. Let’s find out what He has to say.

As per Ganesha’s findings, the toss will be won by the Mumbai Indians.

According to Ganesha, the team to win the Playoff 1st match of the IPL 2019 will be the Chennai Super Kings.