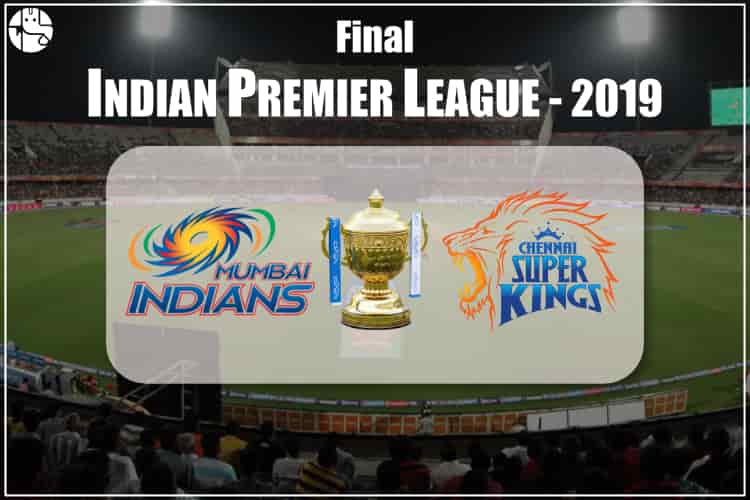 Who do you think will win between the Mumbai Indians and the Chennai Super Kings? Who will win IPL 2019 final match? Who will be the IPL champions of 2019 and win the IPL trophy 2019? Ganesha has carefully analysed this match. Let’s find out what He has to say about IPL 2019 winner prediction.

The Mumbai Indians managed to reach the finals of the IPL 2019 with sheer hard work and dedication, as any worthy team should. However, their opponents are just as deserving. Since the inception of the Indian Premier League in 2008, the Mumbai Indians have won the championship in 2013, 2015 and in 2017. With the way they’ve been playing in the last couple of matches, they seem determined to take home the victory and the IPL trophy 2019 this year as well. They did lose to the Chennai Super Kings in 2010. Whereas they defeated the Super Kings twice in the IPL final matches both in 2013 and 2015. However, it wouldn’t be fair to go with the odds here since over the years the teams have changed in regard to their players. One can easily say that the two new teams are up against each other.

The Chennai Super Kings, on the other hand, have had a rather dry season. In a sense, they did manage to win enough matches to qualify, but some of their losses did not make sense. However, they did beat the Delhi Capitals in the previous game and did so with flying colours. They surely seem like they’re in full form to beat their opponents and take home the IPL cup 2019. However, neither of the teams will be playing the IPL finals on their home ground. It will be interesting to see who the audience is in support of. After all, it has been an eventful championship between CSK vs MI this time around. Many players were able to showcase their talents. And the entertainment factor was also on point.

As per Ganesha’s findings, in this 2019 IPL final match, the CSK vs MI toss will be won by the Chennai Super Kings.

According to Ganesha, in this IPL 2019 final match, the team to win today’s 60th match and the finals will be the Chennai Super Kings.