Harmanpreet Kaur's Best Is Yet To Come, Foresees Ganesha 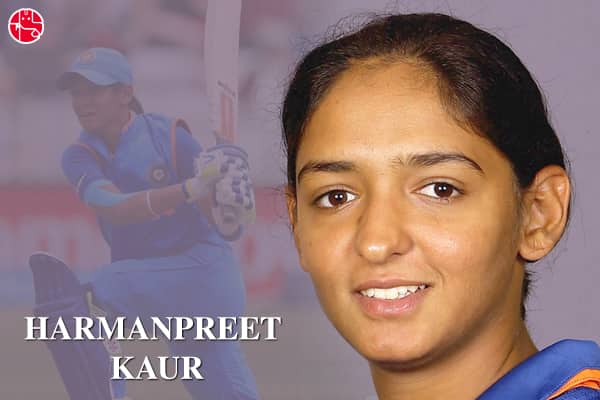 (Image Source: Internet)
Inspired by Virender Sehwag, Harmanpreet Kaur slammed 171 in the recent Women's Cricket World Cup 2017 semifinal against defending champions Australia to take India into the finals, which India, unfortunately, lost to England. Coming off 115 balls and containing 20 fours and 7 sixes, the unbeaten knock of 171 runs would have made Sehwag proud. Born in Moga, Punjab, the 28-year-old Harmanpreet Kaur made her debut for the Indian women's cricket team at the age of 20 against Pakistan in an ODI. Harmanpreet Kaur made her Twenty20 International debut in 2009 ICC Women’s World Twenty20 opposite to England. As captain, she made her debut against Pakistan as India defeated them to win the Asia Cup. Ganesha probes her horoscope to find that Harmanpreet Kaur's best is yet to come and that her performance will peak after October 2018. Harmanpreet Kaur is doing very well. Her future performance may be still better. But will your career soar? Buy the 2017 Career Report and find out your future.
Harmanpreet Kaur
Date of Birth: 8th March 1989
Birth Time: Not Known
Place of Birth: Moga, Punjab, India
Surya Kundali

Sun is the Amatya Karaka in Harmanpreet Kaur's chart. This signifies the inner desire to lead and make others follow her footsteps. Mars conjunct Jupiter in Harmanpreet Kaur's chart indicates that all her actions are taken by following the guidance of her coach and are calculated risks. The stellium in Aquarius Sign signifies her concern for the Indian women's cricket team. She has the innate nature to think about her team’s progress and success to the exclusion of everything else. All Harmanpreet Kaur's goals and desires are to perform well for Indian Women's Cricket and for her team. This inbuilt nature makes her performance unique and special in Indian Women’s Cricket. Venus and Mercury's conjunction gives her the ability to be versatile in her performance. As Rahu is also there in Ascendant, Harmanpreet Kaur plays by her own rules and creates new ones during the matches.

Harmanpreet Kaur will be experiencing Saturn return from 25th October 2017 onwards. This phase is likely to advance her career. She would take her role more seriously than before. She will finally realise her weaknesses and overcome them during this period.

Jupiter Will Help Harmanpreet Kaur Come Up With Some Outstanding Performances

Jupiter will be transiting in Libra Sign from 12th September 2017 onwards. It will aspect the stellium in her Solar Chart and 5th house of performance which will lead to some outstanding performances by her in upcoming matches.

The Rahu-Ketu transit, which started one-and-a-half years ago and will last till 16th August 2017, has so far proved to be a transformational period for her. She would have suffered due to health issues in this phase. Harmanpreet Kaur's entire career and personal life went through a 360-degree turn in this phase. However, the changes which took place in this period will now help defeat her enemies as Rahu will begin transiting through the 6th house of hidden enemies from 16 August 2017 onwards.

Harmanpreet Kaur Will Be Able To Spare Enough Time For Family

As Jupiter will be transiting through the 9th house from 12th August 2017, its aspect on Ascendant of the Solar Chart indicates that Harmanpreet Kaur will be able to give enough time to her family as she will travel more to visit her native place. She will be balancing her personal and professional life very well, something which she could not manage previously.

Harmanpreet Kaur Will Have To Take Good Care Of Her Health

Ketu’s transit through the Ascendant until 16th August 2017 is a bit of a tricky period. Harmanpreet Kaur needs to handle her health well. Her mental health will be more important than her physical health. This transit indicates she is going through some emotional turmoil which is affecting her physical health and thereby her performance. However, after the above-mentioned date, Harmanpreet Kaur is likely to see an improvement in her health condition.

Transiting Saturn’s aspect on natal Jupiter, her Lord of the 2nd house of finances will not be there from 25th October 2017. So, Harmanpreet Kaur's finances are likely to see an upwards trajectory. She would experience a transformational growth in her finances. However, it needs proper planning and management on her side to save money. The rising prospects of Harmanpreet Kaur's career will also mean more endorsements and money for her. Are you thinking about the future of your financial situation? Get Free 2017 Finance Report and know your future.

The period will finally make Harmanpreet Kaur realise career stability. This would enhance her confidence and will to perform much better. The pace of her growth will speed up and she is likely to get recognised for her good performance and team work. Harmanpreet Kaur will perform better and do well for the team. However, you are likely to see her best performances after October 2018 when Jupiter will be transiting through the Scorpio Sign.
With Ganesha's Grace,
Aakanksha Jhunjhunwala
The GaneshaSpeaks.com Team
For Instant Solutions! Talk To Astrologer Now.
Share