Harbhajan Singh in a controversy yet again 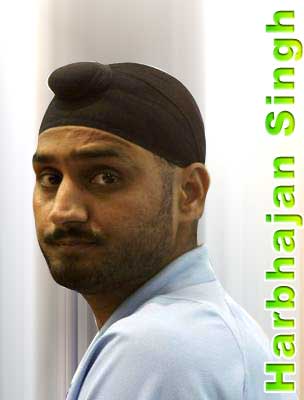 Introduction: India’s most successful off spin bowler, Harbhajan Singh, is involved in yet another controversy- this time not for any objectionable action on the pitch but because of his Ravana act with television actress Mona Singh during the television reality show ‘Ek Khiladi, Ek Hasina’.The chief of the Akal Takht (the highest religious body of the Sikhs), Gurbachan Singh has asked for an apology from the cricketer. Ganesha analyses the planetary positions of Harbhajan Singh that landed him in a soup yet again.

In Harbhajan Singh’s chart Mercury is retrograde and placed with Rahu. So, he tends to lose control over his speech and temperament. He often loses control over words and gets involved in controversies. He also has Mars- Pluto conjunction and Mars is powerful in Navmansa by being exalted. So he is harsh and arrogant at times and becomes very aggressive and violent and is also prone to thieving. Mars is also in square with Sun indicating a lack of tolerance.

Mercury, the Lord of the 4th house (house of false allegations), in his Surya Kundli is placed in the 2nd house with Rahu (significator of misunderstanding and mystery). So he is often makes avoidable mistakes and gets into controversies.

Currently the transiting retrograde Mercury is moving in the 4th house over the natal Mars and Pluto which activated the sensitive point of his chart. The transiting Rahu is moving in the 8th house from the natal Sun. Sun is the significator of the ruling class. So, the supreme authority Akal Takht, has issued notice to the cricketer from Punjab to apologize for playing Ravana in a reality TV show. Transiting Rahu in Gemini Navmansa and the transiting Saturn getting closer to the natal Saturn may cause problems for him. He will have to be more disciplined and focused till the end of February 2009 to avoid controversies on field and off field.