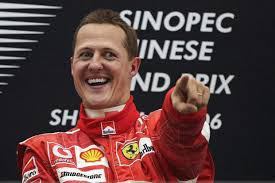 The seven-time Formula One World Champion Michael Schumacher is a retired German racing driver. He is widely regarded as one of the greatest Formula One drivers of all time. He won two titles with Benetton in 1994 and 1995. Thereafter he moved to Ferrari for which he drove 11 years. His time with Ferrari yielded five consecutive titles between 2000 and 2004. In December 2013, Schumacher suffered a serious head injury while skiing. He was airlifted to a hospital and placed in a medically induced coma, having suffered a traumatic brain injury. He was in the coma for six months till June 2014. He left the hospital in Grenoble for further rehabilitation at the University Hospital (CHUV) in Lausanne. He is continuing his rehabilitation at a home in Switzerland and has yet to make a public appearance since the accident. Ganesha feels that his chances of recovery are bright post-January, 2016.

1) Will the ace driver recover anytime soon? Will he bounce back? Important astrological observations:

2) What may have caused such a disastrous head injury to the German great?