West Indies vs New Zealand Match Prediction: Who Will Win, WI or NZ? 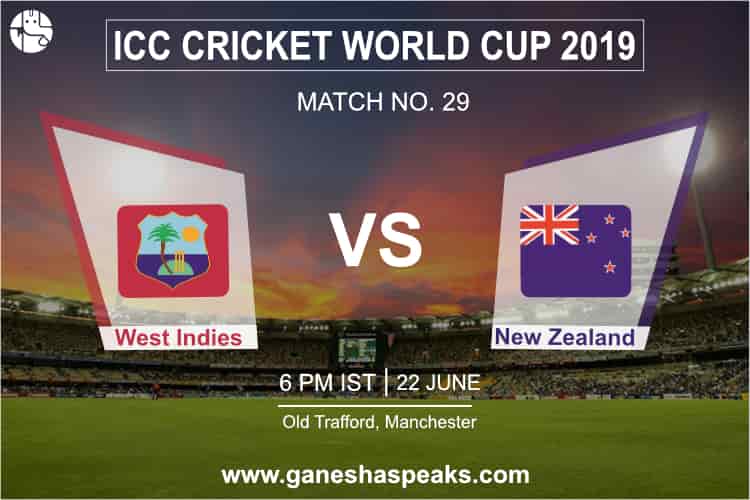 West Indies have found themselves in a rather tight spot. It’s a do or die situation for them. Sadly, they will be up against New Zealand in the 29th match of the ICC World Cup. They did manage to score 321 against Bangladesh; however, the latter team managed to chase the runs with almost eight overs to spare.

In fact, even their most experienced players like Gayle and Russel have failed to perform. According to experts, this aspect has been adding to the pressure of the other less experienced batsmen on the team. New Zealand, on the other hand, has been playing beautifully. Consistency is key, and the black caps have been delivering good games one after the other. However, they’ve won against teams like Afghanistan, Sri Lanka and South Africa. Their match against India, one of the more stronger teams, was abandoned because of the bad weather. However, the black caps are ones to watch out for.

We wonder who will win the 29th match of the ICC World Cup 2019. Will the West Indies give their all and outplay the black caps? Or will New Zealand send another warning signal to fellow rivals? Find out what Ganesha has to say about the game.

As per Ganesha’s readings, the team to win the toss will be West Indies. Who do you think will win this match though? Who will outplay the other?

According to Ganesha, the winner of the 29th match of the ICC World Cup 2019 will be New Zealand.