West Indies vs India Match Prediction: Who Will Win, WI or IND? 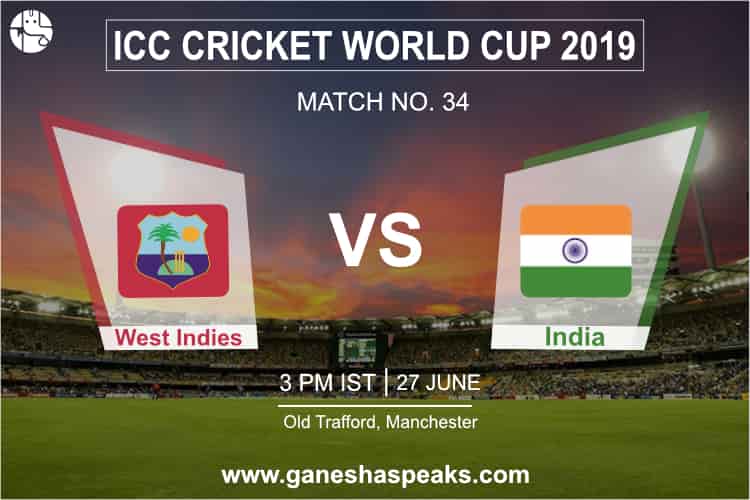 West Indies vs India Match Prediction: Who Will Win WI or IND Match?

The West Indies are all set to take on India in the 34th game of the ICC World Cup 2019. The West Indies are in a tight spot with the championship because of repeated defeats. India, on the other hand, is on a roll with defeating even the strongest teams in this edition of the World Cup. Even though one of the star players had to bow out because of an injury, the Indians seem to stand strong in the game.

West Indies has an exceptional balling line-up; however, their batting order has repeatedly cost them games. Their loss against New Zealand was another blow. West Indies has had some legendary players in the past, and they were a force to reckon with. However, the new players seem to be finding it hard to hold the fort. The good thing is, they have potential and have a long way to go. Defeats at such prestigious championships often fuel athletes and help them bounce back like never before. If we were to go with the odds, India is more likely to win the 34th match of the ICC World Cup 2019. Having said that, luck too plays an integral part and then again, one cannot bargain with fate. This edition of the World Cup has already seen a few surprises. Who do you think will win the 34th match of the ICC World Cup 2019?

According to Ganesha, the winner of the 34th match of the ICC World Cup 2019 will be India.