Sri Lanka vs South Africa Match Prediction: Who Will Win, SL or SA? 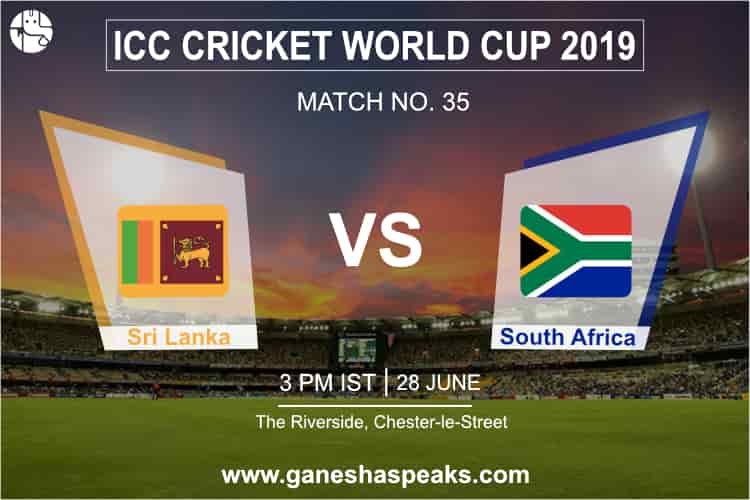 One of the biggest upsets this season was when England lost to Sri Lanka in the 27th match of the ICC World Cup 2019. It came as a shock even to the critics and experts in the game when the hosts lost to one of the weaker teams. This just goes on to prove that determination takes you a long way.

Sri Lanka is now all set to take on South Africa in the 35th match of the ICC World Cup. Sadly, South Africa is no longer in the running to win the cup as they failed to qualify. Sri Lanka, on the other hand, has brought a new mood to the championship. Their forthcoming matches will only become more and more interesting. Even though the outcome of the game will not affect South Africa any further, it will matter to Sri Lanka as they are still very much in the competition. Lasith Malinga faced a lot of backlash after his pictures depicting an unfit body went viral. However, Sri Lanka defeated England and Malinga proved his worth. To add to the joy, Sri Lanka has also given hope to other teams in a similar situation.

We wonder who will win the 35th match of the ICC World Cup 2019. Let’s find out what Ganesha has to say about the game.

As per Ganesha’s readings, the team to win the toss will be Sri Lanka. Who do you think will win this match though? Who will outplay the other?

According to Ganesha, the winner of the 35th match of the ICC World Cup 2019 will be Sri Lanka.

Get an accurate Finance Prediction of your future just like this one! It's Absolutely Free!
Click here to find out more!