Sri Lanka vs West Indies Match Prediction: Who Will Win, SL or WI? 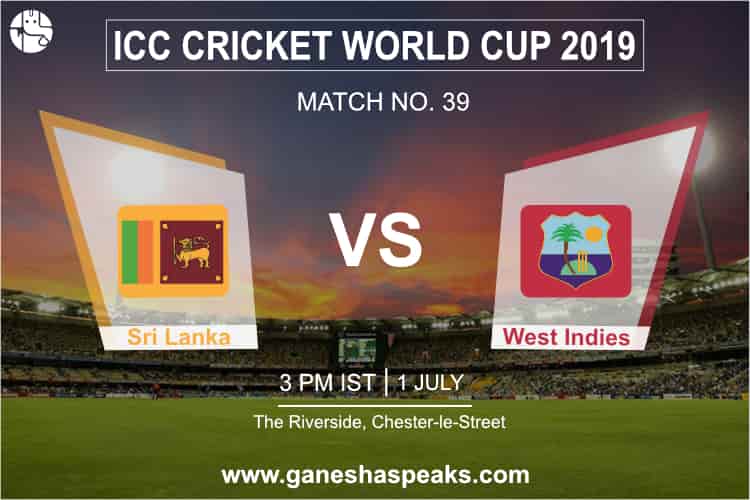 Sri Lanka is all set to take on West Indies in the 39th match of the ICC World Cup 2019. They caused one of the biggest upsets when they beat England. While their fans had hoped they would make a comeback, they failed to do so. Just when all hopes were gone, Sri Lanka came back with a bang.

West Indies, on the other hand, have been eliminated from the championship. Sadly, they failed to recover from all their defeats. Even Sri Lanka could be left high and dry if the points don’t add up. Both West Indies and Sri Lanka are teams that have long been a part of the prestigious World Cup. Sri Lanka has won the cup once while the West Indies have won the cup twice before. Sri Lanka’s chance of winning the cup this time seems slim. However, you never know what fate has in store for them. We wonder who will win the 39th match of the ICC World Cup 2019. Who do you think will win between Sri Lanka and West Indies?

As per Ganesha’s readings, the team to win the toss will be West Indies . Who do you think will win this match though? Who will outplay the other?

According to Ganesha, the winner of the 39th match of the ICC World Cup 2019 will be West Indies.

Get an accurate Finance Prediction of your future just like this one! It's Absolutely Free!
Click here to find out more!