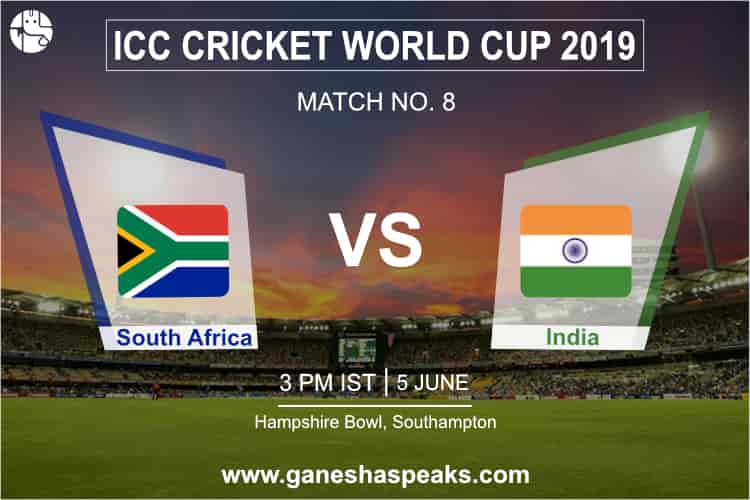 Team India is all set to play against South Africa in the 8th match of the ICC World Cup 2019. It will be the first match for India whereas it will be the third for South Africa. They lost their opening match to England and then to Bangladesh in the 5th match of the ICC World Cup 2019. India has won the World Cup twice while South Africa is yet to win the title despite having magnificent players even in the past. Jacques Kallis, one of the best cricketers to have ever lived, who also hails from South Africa has suggested that the team should take advantage of India’s first game nerves in order to bring their spirits back on track.

Cricket in India is like a religion. People follow the sport with utmost passion and thankfully, the Indian team makes it worth their while. The team has been gearing up for the World Cup and seem determined to bring home the victory. For South Africa on the other hand, things have been a little dicey so far. Faf du Plessis, the captain also agrees on the same. A few of their players have been injured, hampering the prospects of the team in one of the most prestigious championships in the sport. The first five overs of the game gave away the outcome, according to Plessis.

Currently, India is second on the ODI table while South Africa is 3rd. Virat Kohli, the Indian captain, injured his thumb in a practice session. An injury at this point may cost the team dearly. However, things seem to be moving back on track since Kohli has been cleared off for the upcoming match against South Africa. Get today’s match prediction to know about Who do you think will win the 8th match of the ICC World Cup 2019? Will India win their first match of the season? Or will the South Africans steal the thunder and win their 3rd match of the ICC World Cup 2019?

Find out what Ganesha has to say.

As per Ganesha’s readings, the team to win the South Africa vs India match toss will be India. Who do you think will win SA or IND in this match though? Who will outplay the other?

According to Ganesha, between South Africa and India match, the winner of 8th match of ICC World Cup 2019 will be India.