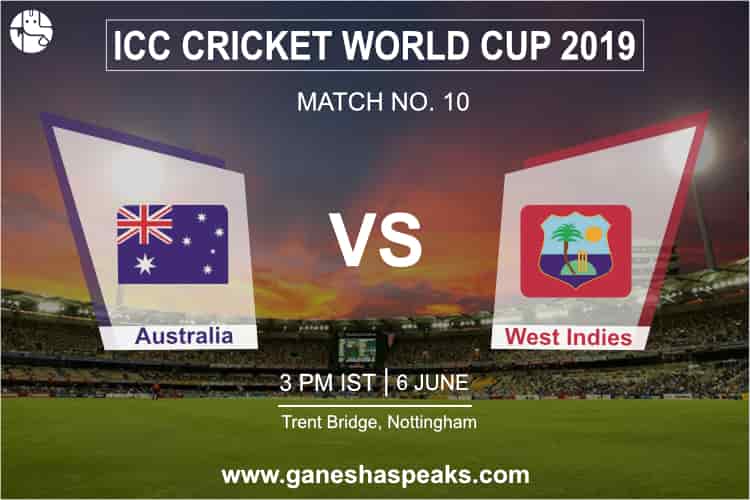 Australia is all set to take on the West Indies in the 10th match of the ICC World Cup 2019. West Indies were one of the strongest teams during the 1970s, and over the years, they have struggled to garner the same kind of hype. However, they continue to play good cricket. Australia, on the other hand, has been playing rather consistently over the years. After all, they’ve won the world cup 5 times so far.

West Indies have always been good at ODIs in comparison to tests. The two teams have played against each other 139 times in total. Out of which, Australia has won over 73 while the West Indies have won 60. However, both Australia and West Indies have had a good start this time around. West Indies defeated Pakistan by 7 wickets while Australia defeated Afghanistan. All in all, it is going to be an interesting match between these two mighty teams.

Get All Cricket Match Predictions for World Cup 2019!
Who do you think will win the 10th match of the ICC World Cup 2019? Will Australia continue with their winning streak? Or will West Indies manage to slay the Aussies and make a statement for other opponents?

According to Ganesha, the winner of the 10th match of the ICC World Cup 2019 will be Australia!