New Zealand vs South Africa Match Prediction: Who Will Win, NZ or SA? 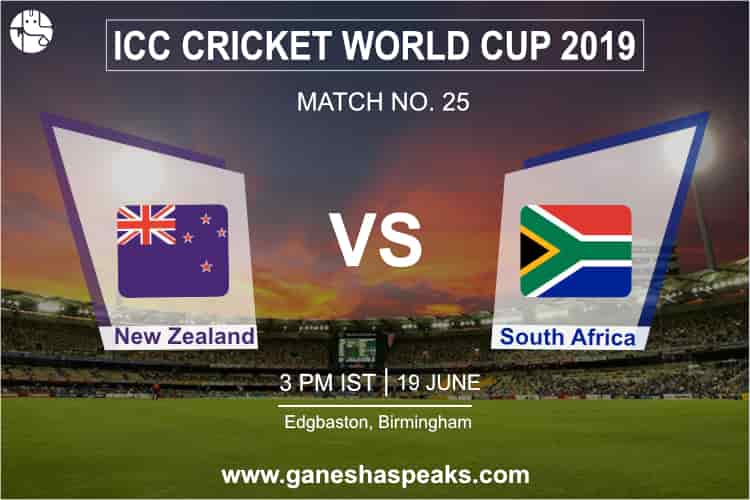 New Zealand has been playing exceptionally well this time around. They’ve always been a decent team; however, they’re in a lot better form and have been playing consistently well. South Africa, for that matter, has had a rather sad start in this edition of the World Cup. However, they did manage to mark their first win in the ICC World Cup 2019 against Afghanistan.

New Zealand has only played against mediocre teams until now. Their abilities would’ve been truly tested against India, however, the match was abandoned without a ball bowled due to rain. As for the South Africans, they have consistently lost to even mediocre teams. If the technicalities are to be considered, chances of them winning are rather slim. However, cricket is a game where surprising upsets aren’t rare. The South Africans have had a morale boost after winning against Afghanistan. They’re undoubtedly in better spirits to take on the black caps. We can only wonder who will win NZ or SA Match & the 25th game of the ICC World Cup 2019.

Ganesha has carefully analysed the game. Let’s find out what His readings have to say.

As per Ganesha’s readings, the team to win the NZ vs SA toss will be New Zealand. Who do you think will win NZ vs SA cricket match though? Who will outplay the other?

According to Ganesha, the winner between New Zealand vs South Africa cricket match & 25th match of the ICC World Cup 2019 will be New Zealand.