Australia vs Bangladesh Match Prediction: Who Will Win, AUS or BAN? 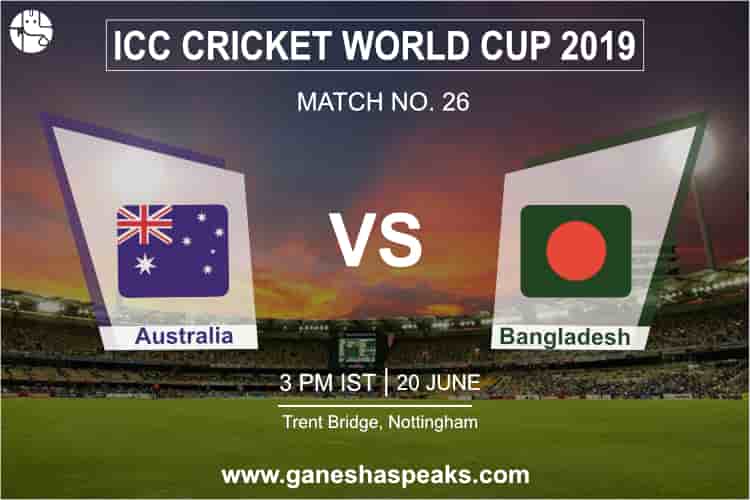 Australia vs Bangladesh Match Prediction: Who Will Win AUS vs BAN Match?

Australia is one of the strongest teams in the world. One of their best attributes is consistency. While Bangladesh does not have an equally glorious past to boast about, they are surely making a mark in this edition of the ICC World Cup 2019.

Liton Das from Bangladesh debuted against the West Indies and managed to score an unbeaten 94 off 69 balls has made some headlines. His partnership with Shakib Al Hasan has been the talk of the town and a warning of sorts for the Aussies. If there is one thing Bangladesh has made certain, it is the fact that they cannot be taken lightly. On the other hand, Marcus Stoinis from Australia in all likelihood could be back for the match in question. He was away for two games because of an injury.

Even though the odds will be with Australia, it will be rather interesting to see this game between them and Bangladesh. However, luck also has a part to play, and we wonder what Ganesha has to say about who will win the 26th match of the ICC World Cup 2019. Who do you think will win between Australia and Bangladesh?

As per Ganesha’s readings, the team to win the AUA vs BAN toss will be Bangladesh. Who do you think will win AUA vs BAN match though? Who will outplay the other?

According to Ganesha, the winner between Australia vs Bangladesh cricket match & 26th match of the ICC World Cup 2019 will be Australia.