Australia vs England Match Prediction: Who Will Win, Aus or Eng? 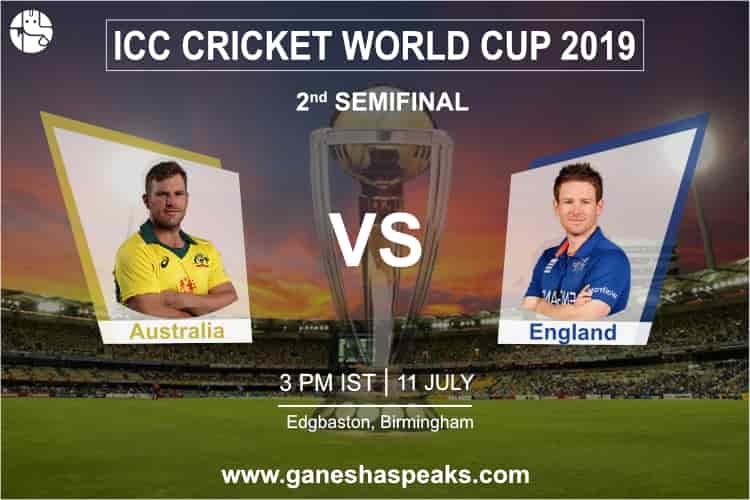 Australia, the defending champions are set to take on England, the hosts in the second semi-finals of the ICC World Cup 2019. One of the major upsets we saw this season went down between Australia and South Africa where the latter beat the defending champions. Australia and England are old rivals and tend to play with a lot more passion when they’re up against each other. In fact, Joe Root, one of the star players from England is positive that his team will defeat the Aussies. As for the mighty defending champions, they too have begun their attack even before locking horns on the pitch.

Many believe that England and India will end up in the finals. Ex players and critics of the game also believe England will beat Australia to move to the finals. Australia has had an exemplary stint in this edition of the World Cup. They’ve played like pros and did full justice to the game as the defending champions. However, at this point, all four teams are at par. It is only luck that will decide the fate for them. Who do you think will win between Australia and England? Will the Aussies continue to rule as the world champions? Or will England dominate the game and move to the finals? Find out what Ganesha has to say.

According to Ganesha, the winner of the second semi-finals of the ICC World Cup 2019 will be Australia.

Disclaimer: Due to bad weather conditions or the change in the match date or time, the prediction may differ.