India vs New Zealand Match Prediction: Who Will Win IND vs NZ Match? 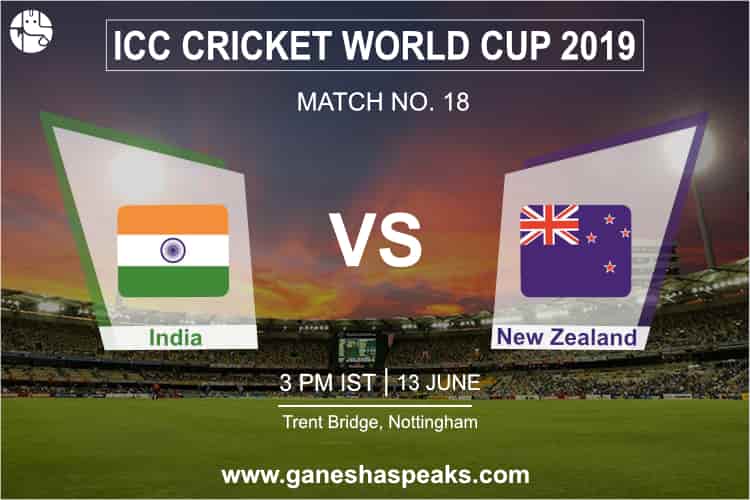 The 18th match of the ICC World Cup 2019 will be played between India and New Zealand. India defeated Australia by 36 runs in their second match of the championship while the Aussies faced their first loss at the prestigious Kennington oval. They’ve played three ODI matches up until now. What makes this victory special for India is the fact that Australia and India are both at par in terms of their form at the moment. India marked their 50th ODI victory against the Aussies and scored a whopping 352!

India is all set to take on New Zealand in the 18th match of the ICC World Cup 2019. New Zealand has also been performing well this time around and cannot be taken lightly. However, having defeated the defending champions in their previous cwc match, team India will be in good spirits to take on the black caps. Will Dhawan score another century? Will the black-caps break India’s winning streak? Who do you think will win the IND vs NZ Cricket Match of the ICC World Cup 2019? Let’s find out what Ganesha has to say about the 18th match of CWC 2019.

As per Ganesha’s readings, the team to win the IND vs NZ toss will be New Zealand. What do you think? Who will win IND vs NZ cricket match though? Who will outplay the other?

According to Ganesha, the winner of the 18th cricket match between India vs New Zealand, the ICC World Cup 2019 will be India.