India vs Afghanistan Match Prediction: Who Will Win, IND or AFG? 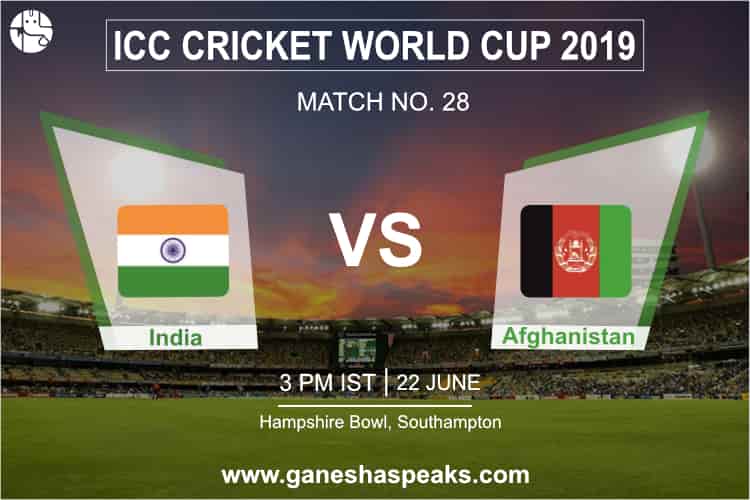 India vs Afghanistan Match Prediction: Who Will Win IND or AFG Match?

Team India, in this edition of the world cup, is playing like there’s no tomorrow. They’ve won three games straight. One of those victories was against Australia, the defending champions. Australia so far has only lost to India. However, losing a match at this point must’ve been a blow to the team’s morale. However, Aussies are known to bounce back up like never before. In fact, even for the fans, their next encounter will only be more interesting.

As for the 28th match of the ICC World Cup 2019, India is all set to take on Afghanistan. India has come prepared to take home the cup. There is no stopping them. As for Afghanistan, they too are making a mark for themselves. However, in terms of winning games, they cannot boast about those. They have been earning a lot of respect from their opponents. In fact, Rashid Khan got a lot of backlash for giving away so many runs to England in the 24th match of the ICC World Cup 2019. English players and others as well, came to his defence. There is a reason cricket is known to be a gentleman’s game.

We wonder who will win the 28th match of the ICC World Cup 2019. Let’s find out what Ganesha has to say about the game.

According to Ganesha, the winner of the 28th match of the ICC World Cup 2019 will be India.

Get an accurate Finance Prediction of your future using free money horoscope by date of birth.