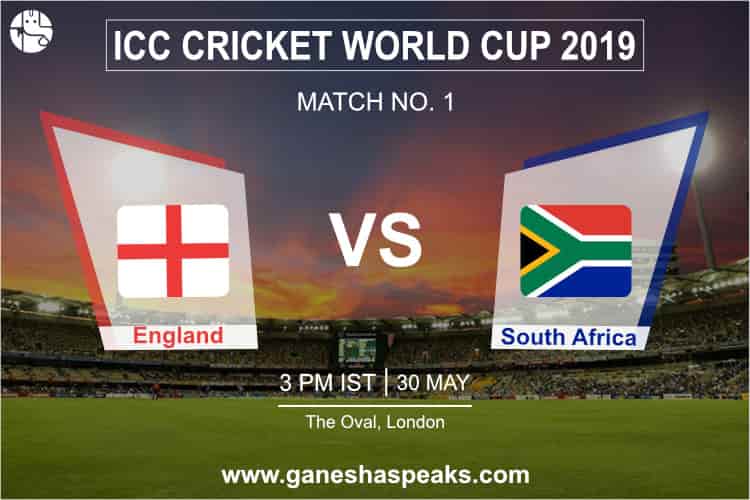 The International Cricket Council World Cup 2019 is one of the biggest sporting events of all. One of the contributing reasons is the fact that so many countries come together. Cricket is a gentleman’s game. The sport has been in play since the 16th century, having originated in East England. It took two centuries for cricket to become the national sport. It then gained momentum globally in the 19th and the 20th centuries, respectively.

As part of the ICC World Cup 2019, the first match is set between England and South Africa. Both teams have been a part of the game for years. They’ve both had exemplary players who have gone down in history for their talent. Eion Morgan is captaining the English team while Faf du Plessis will be leading the South Africans. The South African team have some outstanding players like Quinton de Kock and David Miller, to name a few. Many of their players also showcased their abilities in the Indian Premiere League. So they’re very much in shape.

We wonder who will win world cup 2019 and the first match of the CWC 2019. Will it be England? Or will it be South Africa? Read to find out what Ganesha has to say.

According to Ganesha, the winner of the first match of the ICC World Cup 2019 will be England!