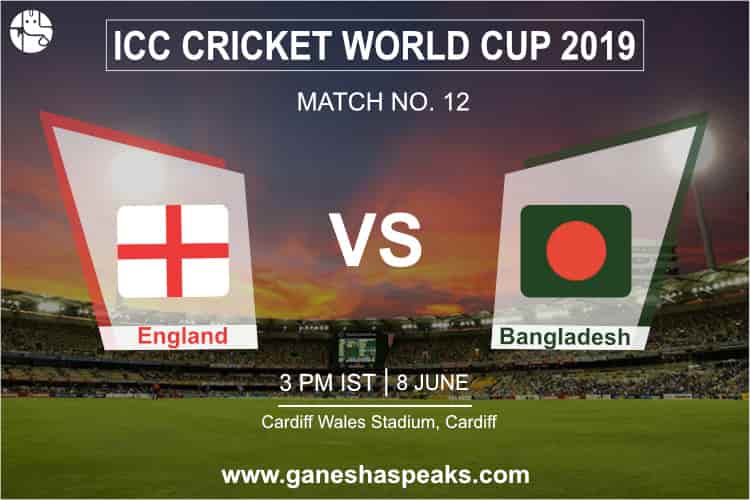 CWC 2019, England vs Bangladesh Prediction: Who Will Win Eng vs Ban Match?

Team England is much under pressure since they are the hosts for this edition of the World Cup. Both England and Bangladesh have played two matches each so far. Surprisingly, England has never won the World Cup, and neither has Bangladesh for that matter. England boasts of a good team, though. Captained by Eoin Morgan, much is expected from the team. Mashrafe Mortaza, the captain of Bangladesh, is also a promising player. The Bangladeshis did win big against the South Africans in the 5th match of the ICC World Cup 2019; however, they lost to New Zealand on the 5th of June. They played exceptionally well, and their score is proof of that. The match between England and Bangladesh will be exciting, nonetheless. Who do you think will win the 12th match of the ICC World Cup 2019? Will it be the hosts? Or will Bangladesh make history yet again?

Find out what Ganesha has to say.

As per Ganesha’s readings, the team to win the toss will be Bangladesh. Who do you think will win this match though? Who will outplay the other?

According to Ganesha, the winner of the 12th match of the ICC World Cup 2019 will be England!