England vs Australia Match Prediction: Who Will Win, Eng or Aus? 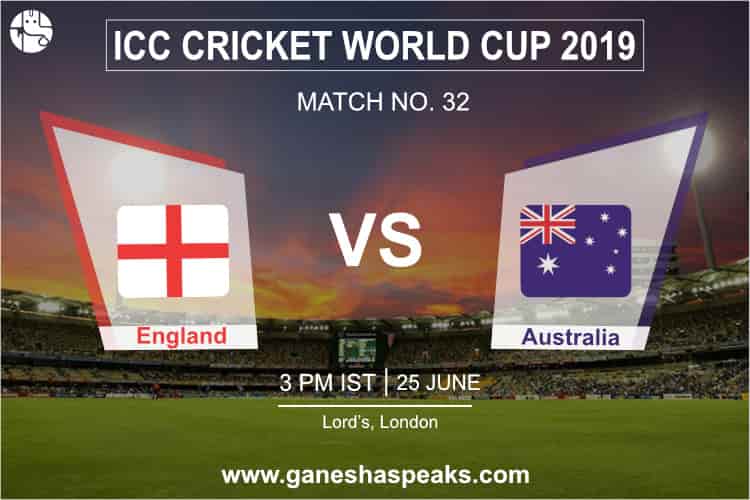 England vs Australia Match Prediction: Who Will Win ENG or AUS Match?

The 2019 ICC World Cup started with the hosts, England taking on South Africa. The hosts managed to beat the South Africans and set a good pace for future games. England has been up against reasonable teams, and they’ve managed to beat them too. However, one of the biggest upsets this season came when England lost to Sri Lanka in the 27th match of the ICC World Cup 2019. Australia too tasted their first defeat in this edition of the World Cup against India.

England has been down because two of their players are injured and their batting order has taken a hit. However, Eon Morgan, the English skipper assured fans that the injuries were not going to be in the way of their performance. Sadly, he has been proved wrong. One of the other reasons for the defeat was the fact that the Sri Lankans did play magnificently. There were no expectations from them, and the team was in need of a morale boost. Beating England at this point must’ve surely given them the much-needed confidence for the forthcoming matches.

Who do you think will win the 32nd match of the ICC World Cup 2019? Let’s find out what Ganesha has predicted.

According to Ganesha, the winner of the 32nd match of the ICC World Cup 2019 will be England.