England vs Afghanistan Match Prediction: Who Will Win ENG vs AFG Cricket Battle? 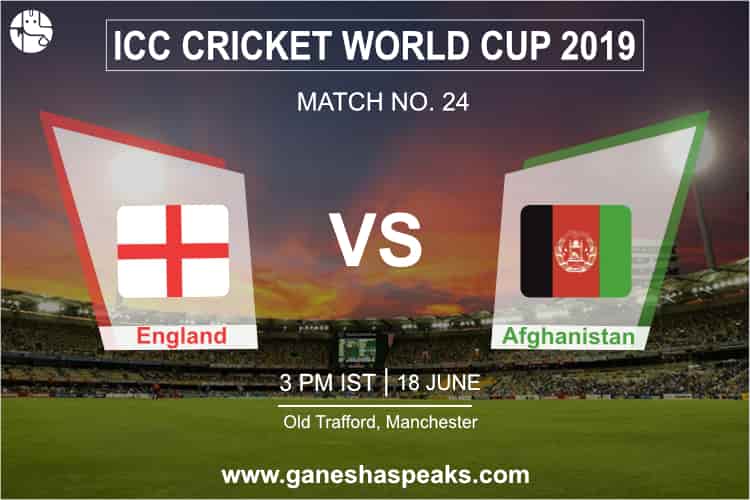 England vs Afghanistan Match Prediction: Who Will Win ENG or AFG Match?

England, the hosts, are all set to take on Afghanistan in the 24th match of the ICC World Cup. England is currently the best in world cup 2019 matches while their opponents are the 10th. In terms of the world cup, England is in the top 4 with 6 points. They’ve played five matches and won 4 of those.

England’s match against West Indies was a comfortable win for the hosts. Every win at this point of the championship matters. Eon Morgan has proved to be a good captain. In the last four years, the English gameplay has changed, and they’ve set a benchmark. In fact, he is positive that the good change was brought in after having carefully selected players who can endure the pressure of the ODIs. As for the Afghans, they’ve lost every match they’ve played in the World Cup so far and yet, they’ve been garnering a lot of praise for not giving up easily. They’ve had a bit of controversy with their board, but they continue to give their best on the pitch. In fact, Rashid Khan is becoming one of the best batsmen in the game. He did jump to the first spot in the ODI all-rounders rankings in 2018.

We wonder who will win the 24th match of the ICC World Cup. Will England dominate the Afghans? Or will the Afghans manage to beat the hosts and make history? Let’s find out what Ganesha has to say.

As per Ganesha’s readings, the team to win the ENG vs AFG toss will be Afghanistan. Who do you think will win ENG vs AFG cricket match though? Who will outplay the other?

According to Ganesha, the winner between England vs Afghanistan cricket match & 24th match of the ICC World Cup 2019 will be England.