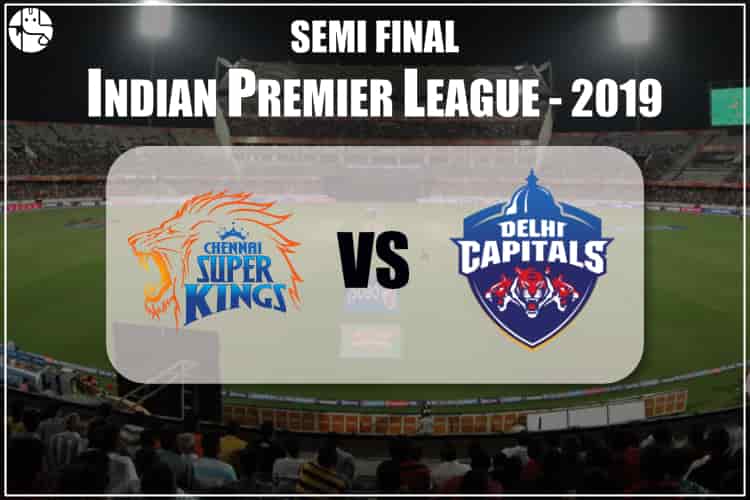 The Chennai Super Kings are lucky to have played like gods in the initial phase of the IPL 2019 and garnered a ton of points in the process. It is because of their hard work then that they managed to get through to the next round and still qualify for the finals despite losing the match against the Mumbai Indians. With the SunRisers out of the game, the Chennai Super Kings do stand a chance to win the championship yet again. However, given the way both Mumbai Indians and the Delhi Capitals are going, it wouldn’t be fair to downplay them in any way.

They’ve been wrecking their opponents in the last few matches and Chennai have every bit of reason to worry. We only hope the game is played with sheer enthusiasm and they give each other a good fight. A one-sided match is never enjoyable and will not do justice to a final match of the championship. The Delhi Capitals managed to get a step closer to the finals which if they qualify will be a first. They played beautifully against the SunRisers Hyderabad and defeated them like true champions. According to the pundits, the Delhi Capitals seem to have invested a lot in the younger players. In fact, two of their youngest players proved their mettle on Wednesday night. Both Prithvi Shaw and Rishab Pant played like there was no tomorrow.

We wonder who will win this round of the competition. Will it be the Chennai Super Kings? Or will it be the Delhi Capitals? Who do you think will win the 59th match of the IPL 2019? Ganesha has analysed this game carefully. Let’s find out what He has to say.

As per Ganesha’s findings, the CSK vs DC toss will be won by the Chennai Super Kings.

IPL 2019 Semi Final Predictions for CSK vs DC: According to Ganesha, in this CSK vs DC IPL semi final, the team to win the 59th match will be the Chennai Super Kings.