Will Cheteshwar Pujara Retain His Shine? Find Out What Ganesha Says. 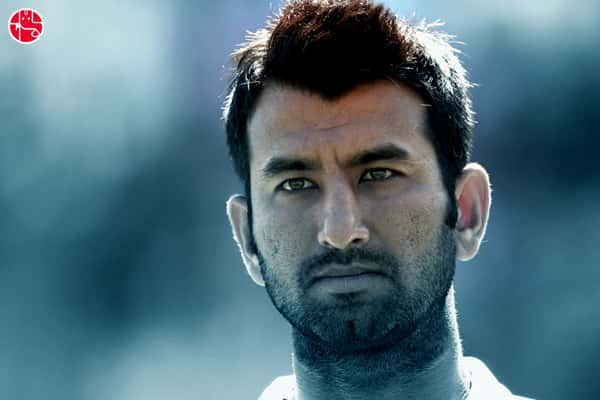 (Image Source: Internet)
Three successive Test centuries, including two in the ongoing Cricket Test series in Sri Lanka, have catapulted Saurashtra cricketer Cheteshwar Pujara back into the limelight. Again his consistency, technique and heavy run-scoring are making cricket pundits set him up for the number three position in the mould of Rahul Dravid and VVS Laxman. Born in Rajkot in 1988, Pujara is a prolific right-handed batsman who made his first class debut in 2005 and Test debut in 2010. Pujara is doing well. His success will not merely boost his standing but also his earnings, in the form of endorsements. Are you curious to know about your financial situation in future? Find out your future, buy our 2017 Finance Report.
Cheteshwar Pujara hit a purple patch when he scored his first double century against England at Ahmedabad in November 2012 and followed up with another double century against Australia in March 2013, both in winning causes and both times he was named the man of the match. Ganesha has analysed Pujara's horoscope to find out his future. Continue reading to know about his life's forthcoming developments:
Cheteshwar Pujara
Date of Birth: 25th January 1988
Birth Time: Not Known
Place of Birth: Rajkot, Gujarat, India
Surya Kundli

The transiting Jupiter will bring fresh energy to Cheteshwar Pujara's activities and performances after September 2017. It will help him expand and grow. Also, Cheteshwar Pujara will be feeling more confident about his abilities which will make him able to help Team India to win matches with his scintillating performances. The run machine from Saurashtra is likely to demoralize opposite teams with his solid batting, outstanding footwork and superb concentration powers. When India wins matches, it also leads to more revenues and business. But will your business grow? Get the Free 2017 Business Report and know your future.

As a result, Cheteshwar Pujara's ranking will also improve. His focused efforts, dedication and enthusiasm will be the ingredients for his success. He will aim for his goal and persist with positivity despite obstacles or hardships along the way. Cheteshwar Pujara will capitalize on whatever opportunities he gets during this phase.

After March 2018 His Contribution Will Not Match His Potential

However, from mid-January 2018, the transiting Saturn in Sagittarius will make his task difficult. Cheteshwar Pujara's performance will be inconsistent, particularly after March 2018, and his contribution with the bat may not match his own expectation and his actual potential.

If Cheteshwar Pujara fails to understand the situations and recognize the challenges, the period between April 2018 and September 2018 may bring disruptions in his career. Pressure to perform will rise and this period will have the potential to bring some unexpected problems or some old health problems may resurface during that period which can be detrimental to his growth. The transiting Saturn will test Cheteshwar Pujara's skills, temperament and fitness.
With Ganesha's Grace,
Tanmay K.Thakar
The GaneshaSpeaks.com Team
For Instant Solutions! Talk To Astrologer Now.
Share