Adriana Lima and Marko Jaric: How far will they go together? 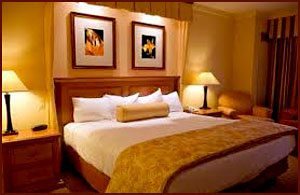 Introduction: Adriana Lima is most well known for her modelling jobs with Victoria’s Secret and Maybelline. Brazilian supermodel Adriana Lima received an engagement ring on Thursday night on her birthday from NBA basketball star Marko Jaric. She was born in the north-eastern coastal town of Salvador, Bahia, Brazil on June 12, 1981. Her time of birth is not available and because of that, as per Vedic system, Ganesha has made the following observations with respect to their relationship and future.

Ganesha would like to throw light on the subject with the help of Vedic AstrologyIn her Surya Kundlai, Sun is in powerful conjunction with Mars, they are aspecting the seventh house of marriage. Due to the aspects by two fiery planets as well as because this house contains Aries, the sign, her life partner should be either from the sports field or related to the government. In Marko’s Surya Kundali, Venus the significator of romance and marital happiness is powerful which is generally blessing a harmonious married life in future.This is a favourable position for the most part in marital affairs. Adding to these positive planetary factors, Seventh house Lord Jupiter is in exaltation which is confirming happiness on the marriage front. Mars is associated with aggression, energy, strength, ambition. Mars governs sports, competitiveness and physical activities. So in this case Mars is playing an important role. Because her seventh house of marriage Lord is Mars it denotes that her husband should be associated with sports. Hence, Lima received an engagement ring on Thursday night on her birthday from basketball star Marko Jaric. His Venus is in trine aspect with her Venus which indicates that there may be good physical attraction, and love for each other.

Both the Sun signs possess the element of air which is a good association from the matching point of view. They both may have similar attitudes, feelings, and intellect. This is not an ideal union, but it is close to it and love can make it work.

Ganesha notes that, currently Ketu is transiting over Marko’s Natal Jupiter, which is the seventh house of the marriage Lord too. Similarly, Rahu is transiting over his Natal Moon. This is the indication of some disputes and disagreements on the love front till the end of this year. Their relationship may face ups and downs. However, from the end of this year his Moon will be blessed by the transiting Jupiter. Considering all the factors mentioned here, Ganesha feels that there may be conflicts and disputes between this couple as he is currently under the negative and malefic influence of transiting Ketu till the end this year. However, by the end of this year, Transiting Jupiter will be entering Capricorn and will form a trine aspect with her seventh Lord Mars.

Pondering all these planetary strengths and weaknesses Ganesha feels that they may not decide about marriage very soon. Delayed marriage is foreseen. Marriage may take place by the end of next year.

Ganesha foresees more success for them in the coming days and blesses them with all the fame and success in the near future.