De Villiers shall rock the show, but Ganesha warns against complacency! 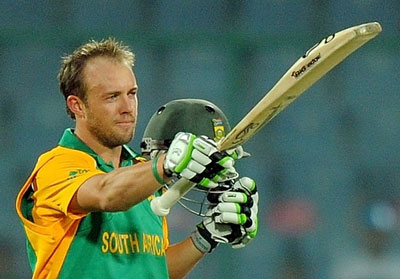 De Villiers shall continue to be a mesmerising cricketer in the year ahead, but will have to be consistent, says Ganesha…
AB De Villiers has been like a ruthless professional, who is out there with a plan in his mind. He is extremely fit, highly energetic, and has been amazingly inspirational as a leader, electric as a fielder and devastating as a batsmen! He commands an amazing fan-following all over the world and even the players of the rival teams are sometimes not able to control expressing their awe of this wonderful athlete. He is phenomenal in an overall manner, and has displayed class in all departments of the game of Cricket. Apart from being one of the greatest luminaries of the ‘Gentleman’s Game’, he is also a representative of his country in various sports at various levels and has also won several awards and a lot of recognition. Ever wondered what makes this man so unbelievably talented and exceptional? Let’s take the help of astrology to understand this iconic player… 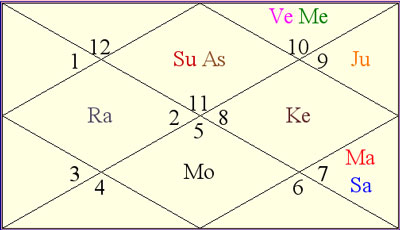 1) What planetary combinations give such brilliance and athletic potential to AB?

Important astrological observations:-
De Villiers is born with 3 exalted planets viz. Saturn, Rahu and Ketu.
His Mars is placed with an exalted, thus well-fortified Saturn. Also, Saturn and Venus are in exchange. Jupiter is swagruhi in Sagittarius.
He has a beautiful combination of Mercury and Venus in their friendly Sign of Capricorn.

2) He seems to be going through one of the brightest phases of his life, what is the astrological picture currently?