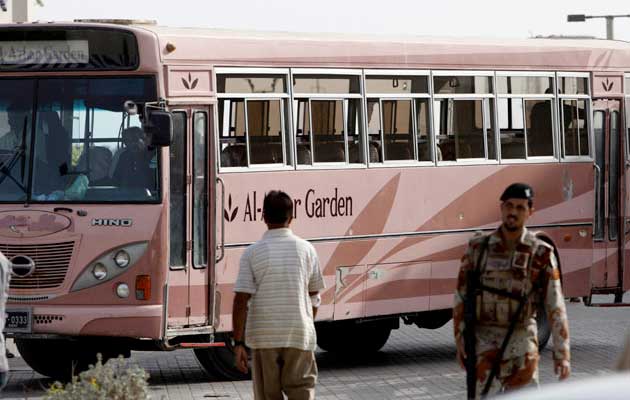 Recently, an IS backed terrorist group killed at least 47 people riding a bus in the port city of Karachi in Southern Pakistan. The bus carrying members of the Shia Ismaili community was targeted by the masked gunmen, who killed innocents at gun-point, before fleeing the scene. This is not the first time that the members of the Shia community have been targeted in Karachi. Pakistan has seen a rise in sectarian violence in recent years, particularly against minorities like Shias who represent around 20 percent of the country’s Muslim population. Earlier in this year, more than 65 people were killed in the Sindh province of Pakistan.

The Western neighbour of India has been facing turmoil and internal violence since a long time now, and the incidents of the likes of December 2014 Peshawar school massacre have shaken the world. Here, Ganesha takes a look at Pakistan’s Foundation and Annual Transit Charts to predict the way ahead.

Astro-Analysis
Pakistan is currently passing through the Venus Mahadasha and Rahu Bhukti. Rahu is placed in the second House (of national resources) in the star of Sun in Pakistan’s Chart. The star Lord Sun is afflicted severely in the 4th House. Adding to this, all the planets are hemmed in between Rahu and Ketu (the 2nd and 8th House axis) in Pakistan’s Foundation Chart. That is one of the reasons Pakistan has been passing through a period of extreme socio-economic turbulence.

Implications
Good thing for Pakistan is that the transiting Jupiter will continue to act in its favour. But, it is imminent that the inequalities within the social structure of Pakistan will manifest strongly, fueling the rise of militant groups. The annual Chart of Pakistan also indicates the same as the luminaries are getting severely afflicted by Mars and Ketu.

The morale-sapping terrorist attacks may continue to shake the foundations of Pakistan’s socio-economic structure. The Pakistani army will fight tooth and nail to stop these happenings. Pakistan’s top leadership too will remain under immense pressure to tackle the unrest.

Due to the ongoing unfavourable transit of Saturn through the 8th House of Pakistan’s Foundation Chart, Nawaz Sharif government will continue to face major internal as well as external pressure, during the latter half of the year 2015. All in all, it will be a testing time for the Pakistani government to handle these severe problems within its country.