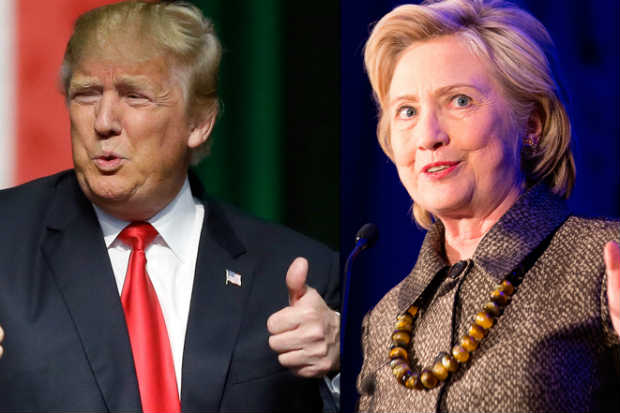 Just in a matter of a few days, things seem to have taken a drastic turn in the US Presidential elections arena. With bizarre controversies surfacing, and skeletons tumbling out of the cupboard, Trump’s fortunes seem to be getting eclipsed, while on the other hand, Hillary has been making smart course corrections to enhance her overall prospects. The lead up to the third presidential elections debate scheduled to be held on 19th October, 2016, looks like a puzzle, though the odds look to be in Hillary’s favour. But, will Trump be able to bounce back or will it be a cakewalk for Clinton? Let’s get to know from the stars.

What do the planets indicate about the Debate 3?
Ganesha feels that Hillary’s favourable electoral run is likely to continue and Trump will be struggling to tackle a full-blown meltdown over the controversies. This could be a magnificent opportunity for Clinton in a tight race.

Due to the transit of the Sun through the 3rd House in the Sign of its debilitation, it could be extremely difficult for Trump to overcome negative polarization. But, still, the transiting Jupiter and Mercury will continue to help him. Though Trump’s popularity is declining rapidly, he will continue to enjoy the support of committed Republican base voters. Also, complacency can prove to be dangerous for the Democrats. Thus, it will be unwise to take the contest lightly. Jupiter-Mercury conjunction in Virgo indicates a highly significant role of the media. New controversies and grotesque clips may begin to trickle out before the debate which can be more damaging for Trump. Hillary may also face such problems.

Moon’s presence in the constellation of Mars indicates heavy ‘firing’ from both sides
The Moon will be transiting through Mrigashira – the constellation of the fiery Mars and this indicates a climate laden with aggressive antics, mud-slinging and intense arguments during the debate. The transiting Mars will be aspecting the natal Mercury in Trump’s Chart, because of which, he will be in an attacking mode to control the free-fall of electoral fortunes. He will show no signs of slowing down. Instead, he will try to push hard through the end of the election debate. Thus, the debate will be spicier than the previous one. Though Trump’s popularity is declining rapidly, he will continue to enjoy the support of committed Republican base voters. Also, complacency can prove to be dangerous for the Democrats. Thus, it will be unwise to take the contest lightly. Are you still not sure about the right career path for yourself? Are you born to excel in the corporate world or are you a gifted businessman? Find out all that in our customised report – Job or Business!

Whether to back Trump or disavow him will be the dilemma that the Republicans may face after the debate. Hillary’s support base may swell.

Despite Trump making some strong moves, he may be denied of an outright victory. On the other hand, the transiting Mars in the 3rd house will remain in Hillary’s support. Hillary’s performance will may boost the spirit of her supporters. Overall, the contest may not have a decisive conclusion. It can be termed as a ‘Draw’ with both the parties claiming victory. The undecided voters will remain in dilemma whether to back Trump or disavow him. As the transiting Moon is in conjunction with the natal Rahu, it will be nearly impossible for Hillary to convince Trump’s loyal voter base otherwise.