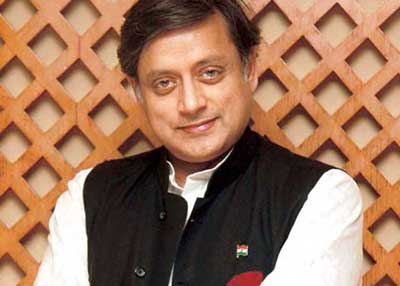 Shashi Tharoor – politician, author, diplomat, columnist, public speaker and former civil servant – has been twice elected MP from Thiruvananthapuram. He has served as minister of state for external affairs (2009–2010) and Human Resource Development (2012–2014). He was the official spokesperson of the Congress party from January to October 2014. Tharoor has also served as an official at the United Nations. A copious writer, he has authored 15 best-selling works of fiction and non-fiction since 1981, and written many columns for top national and international newspapers and magazines. He is also a globally recognized orator, speaking in various fora on India's economics and politics, freedom of press, human rights, Indian culture, and international affairs. His outspoken statements, specially the ones admiring PM Narendra Modi openly and tweeting in favour of the hanging of Yakub Memon, have landed him in hot soup many times. But nothing is more serious for him than the needle of suspicion pointing at him for the unnatural death of his wife Sunanda Pushkar. Ganesha foresees a rather bleak time for him in the near future.
Shashi Tharoor:
Date of Birth: 9th March, 1956
Birth Time: Not Known
Place of Birth: London, UK
SOLAR CHART

Owing to the absence of the credible Birth Time, following predictions have been created, basis a Solar Horoscope/ Chart.
Astrological Predictions:
1) What do the planets indicate for Shashi?
2) Why has he been landing into controversies?
3) How will his further political career be?
4) Will there be any legal complications for Tharoor in the upcoming times?
Ganesha wishes good luck to Shashi Tharoor.
With Ganesha's Grace,
Rantidev A. Upadhyay,
The GaneshaSpeaks.com Team.
Share